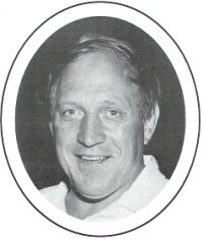 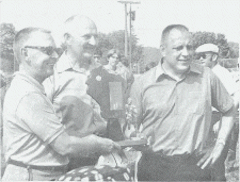 He served as head track coach for ten years, leading the Bulldogs to state track titles in 1966 and 1971, and eight conference championships. Mike served as wrestling coach for two years and basketball coach for three years.

At Preble High School, he was a three-year football standout under coach Bill Dessart. He played running back and defensive back on Preble teams that finished undefeated two straight seasons and won two straight Northeastern Wisconsin Conference titles. In his senior season, Mike served as co-captain along with Ron Vander Kelen, who went on to have a great career at the University of Wisconsin. Mike ran the 400-yard dash and low hurdle events on the Preble track team,

At NMU, Mike was a four-year starter under coach Frosty Ferzacca from 1958 to 1961. Mike earned honorable mention NAJA All-American honors in 1962. He lettered all four years and played fullback and def. back. Mike was a two way Wildcat player.

In 1994, Mike was inducted into the Northern Michigan University Sports Hall of Fame. Mike was a standout player on the 1960 NMU team, which became the first in school history to earn a berth in the NAJA playoffs.

A former football, basketball and wrestling official, Mike was a physical education instructor for 34 years. He is a past member of the WIAA football and track advisory boards.