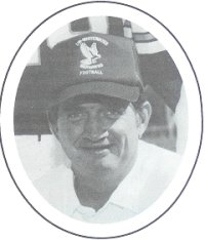 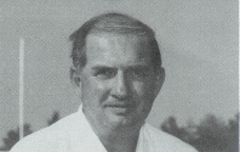 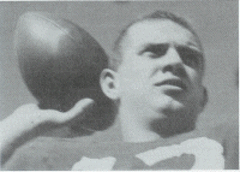 Bob began his high school athletic career in 1958 at Milwaukee Boys Tech High School. He lettered 4 years 'in baseball 3 in basketball and 2 in football under Wisconsin Football Coaches Association Hall of Fame coach, Jim Richardson. After high school he had the opportunity to sign a major league baseball contract as a catcher but decided against signing after attending a spring training camp with the Milwaukee Braves. After taking a year off he entered UW-Whitewater in the fall of 1963. While at Whitewater, Bob played baseball and football. As a catcher for the Warhawks, he led the team to the College World Series in 1965 after which he was selected to the NAJA All-Tournament team. In addition he was selected as an All-American.

During his football career at UW-Whitewater, Bob rewrote the record books in passing as the team's quarterback. After 30 years he still has three records standing including touchdown passes in a season (27), most touchdowns in a career (44), and most scoring passes in a game (5). In 1966, he helped guide the team to a Conference Championship and a second place finish in the NAJA National Play-offs. The Warhawks lost to Waynesburg College, PA 42-21. Despite the decisive score Bob was named MVP of the game. During the '66 season he was selected as an All-Conference as well as an All-American quarterback. Bob continued his football career at the semi-professional level after graduation by playing quarterback for the Delavan Red Devils and the Lake County Rifles. He still holds the record for the largest trade in professional sports when the Red Devils traded him to Lake County for 21 players. During his semi-pro career he was selected to the All-Central Football League (CSFL) three times and in 1968 he was named MVP of the league.

Bob began his coaching career as a student-assistant at UW-Whitewater in 1967. He then began his teaching career as a sixth grade teacher in Woodstock, Illinois where he was assistant football and head baseball coach. In 1973, he accepted the head football position at Evansville High School along with a math position at the middle school. While at Evansville his squads compiled a 49-27 record (.645), including a 10-0 season in 1978 and a WIAA play-off berth. His teams also won conference championships in 1975 and 1978. In 1981 Bob returned to UW-Whitewater as the offensive coordinator under his former coach and Wisconsin Football Coaches Association Hall of Famer, Forrest Perkins. In 1985, Bob was named head coach at UW-Whitewater. He has also served as an assistant in the track and baseball programs at the university. During his tenure at UW-Whitewater he has compiled a record of 92-40-4 (.696). His teams have taken part in three NCAA play-offs and they have won five Conference Championships. His teams also finished second five times in his thirteen years as head coach. Bob has been selected as conference Coach of the Year five times and NCAA Region Coach of the Year twice.

Bob has served the Wisconsin Football Coaches Association in many different capacities. He began as District Representative and served as Southern Vice President in 1980. He has been a member of the clinic staff for 22 years and has served as Co-Banquet Chairman, Co-Chairman of speakers and Co-Editor of the summer manual for coaches. Bob is a member of the NAJA District 14 Hall of Fame as well as the UW-Whitewater Athletic Hall of Fame. He serves as an instructor in the Department of Health, Physical Education and Coaching and is the Director of Perkins Stadium and other outdoor facilities.

Bob would like to recognize all the coaches and educators he has worked with during the past thirty years. He appreciates the loyalty, dedication, and support he has received from the professionals with whom he has been associated. Without the contributions of the many people he has worked with along the way, this award would not be possible.