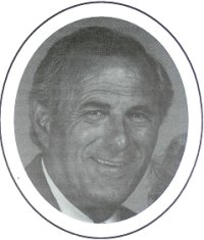 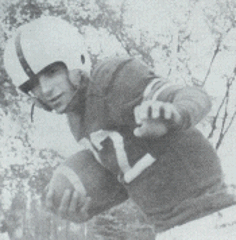 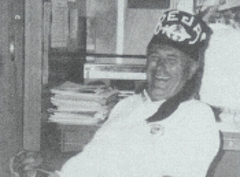 For Jerry, coaching football for 32 years has been a labor of love and the rewards have been worth every minute. "I'm very grateful to be enshrined into the Wisconsin Football Coaches Hall of Fame. This is the pinnacle of my career and wouldn't have been possible without good players, coaches and a supportive family."

Jerry's Two Rivers Raiders became Wisconsin's first team to capture three consecutive state titles, winning the WIAA Division III championships in 1980, 1981, and 1982. The Verona native has also led Washington High School to eight Eastern Wisconsin Conference titles in sixteen years and has a career record of 127-58. Jerry received a football scholarship to the UW -Madison after an illustrious high school career as an All-Conference Running Back and Most Valuable Player. He helped lead Verona to its first ever conference championship.

He left the Badger program in his junior year to concentrate on his Physical Education degree. Upon graduating he began teaching and coaching football, baseball, and basketball at Lola-Scandinavia. He also served as their athletic director and helped start the football program. His second position was with Appleton-Xavier where he coached football and basketball under the tutelage of Torchy Clark. It was during these first years after college that Jerry earned his Master's Degree in Physical Education. His third job was with Two Rivers where he would remain for the next 27 years. There he served as head varsity basketball coach for 12 years and was named Lakeshore Area Basketball Coach of the Year in 1977. He also coached football on the freshman level for 8 years, J.V. for 1 year and head varsity for 18 years.

He assisted the victorious North team in the 1996 Shrine Bowl. Jerry also refereed football and baseball for 8 years, officiated basketball for 25 years, and was Director of Playgrounds with the Two Rivers Recreation Department for 20 years. He has been active in softball and golf. He is a member of the WFCA and has been a speaker at many state football clinics. He is a member of the Lakeshore All Sports Hall of Fame executive committee.

Jerry retired from teaching and coaching in 1995.