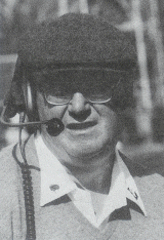 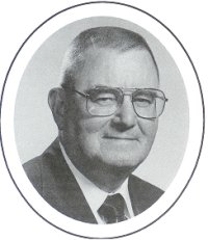 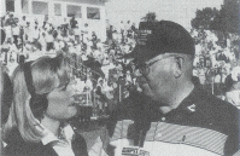 Served in the United States Navy from July 1945 to July 1946. Roland taught and coached in several high schools in Iowa and Illinois from 1950 to 1959. He was a member of a National Science Foundation Institute at the University of Minnesota from June, 1959 to August, 1960. Roland taught mathematics and coached football from August of 1960 until retiring from teaching mathematics in the spring of 1992. He is still coaching football.

Roland has served as an assistant football coach at the University of Wisconsin-La Crosse since 1960. In his 36 years on the coaching staff, he has helped establish one of the most successful programs in all of college football. Under Head Coach Roger Harring, Roland's contributions as defensive coordinator have led to the defense's reputation as hard-hitting and stingy year in and year out. Under Roland's guidance, the defense has ranked among the leaders in the Wisconsin Intercollegiate Athletic Conference for two decades. That total includes nine years as the league's top defense.

He has coached at UW -LaCrosse in four decades. During this time, UW-LaCrosse has a 250-66-7 record since Harring arrived and named Roland the defensive coordinator in 1969. Roland has coached student-athletes on the defensive unit to 45 All-American positions. UW-LaCrosse has made 13 post-season playoff appearances and has won three national championships during his career. UW-L captured the National Association of Intercollegiate Athletics Division III championship in 1985. The Eagles won National Collegiate Athletic Association Division III championships in 1992 and 1995. The Eagles' drive to the 1992 Stagg Bowl championship particularly demonstrated Roland's coaching knowledge and leadership qualities.

After Harring was sidelined with heart surgery two weeks into the season, Coach Chris, as he is affectionately called by the coaching staff and players, took over the reigns and continued to lead the Eagles to their first undefeated season in 38 years with a 12-0-1 record.

He was named the Wilkes-Barre Touchdown Club Division III Coach of the Year and was selected as the conference Co-Coach of the Year. The 1995 NCAA III championship team balanced an explosive offense with another stellar defense directed by Christensen. The Eagles allowed just 8.5 points per game, which ranked sixth in the nation. That squad also ranked 13th in the NCAA III in total defense allowing opponents just 206.1 yards a game. The drive to the national title that season exhibited Roland's expertise game preparation and ability to adapt during a game. In a 20-17 win over Mount Union College in the NCAA III semifinal game the Eagles held the nation's top offense scoreless in the second half to preserve UW-L's destiny and its perfect 14-0 record.

The Eagles have won the Wisconsin Intercollegiate Athletic Conference championship 14 times during the Roland’s era which, includes an additional 10 finishes as the league runner-up. He has coordinated a defense that has produced almost 100 players who have received All-Conference recognition. One of the highest honors bestowed on Christensen came after the 1997 season when he was chosen by his peers in the National Football Coaches' Association, as the Division III Assistant Coach of the Year. He will forever go down in history as the first coach to have received the honor.