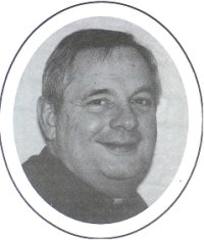 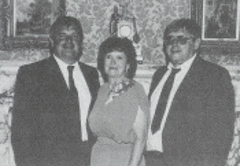 A native of Milwaukee, Phil graduated from Don Bosco High School in 1963. Phil earned varsity letters in football, wrestling and baseball at Don Bosco. Phil attended St. Joseph's College in Rensselear, Indiana where he was a three-year starter and co-captained the 1966 football team.

Phil's college coaches included Jim Arneberg, Bill Jennings and Ed Dwyer. Graduating in 1967 with a Bachelor of Science degree in History, Phil began his teaching and coaching career at Francis Jordan High School in Milwaukee where he taught Social Studies and coached football as an assistant to John Christman.

Phil also coached baseball. In 1968 Phil was named head football coach and head baseball coach at Francis Jordan. Francis Jordan, however, closed one year later and Phil moved on to Germantown High School in the fall of 1969.

At Germantown High School Phil taught Social Studies for nine years and was named "Teacher of the Year" twice as selected by graduating seniors. In 1977 Phil received a Master of Science degree in Educational Administration from the University of Wisconsin-Milwaukee and was named assistant principal. In 1994 Phil assumed the duties of Director of Student Activities/Athletics. During his twenty years as assistant principal Phil has been instrumental in developing an At Risk program for students struggling academically. Thanks in part to Phil's efforts, Germantown now has several alternative programs in place for the At Risk student, including a "School Within A School".

Phil's head coaching record is 175-108 and includes 60 victories in the last seven years which averages close to 9 wins a season. Phil's teams have won five conference championships and have been runner-up thirteen times. Germantown has qualified for the WIAA playoffs five times and has been a two time state finalist.

Phil has served on the Board of Directors of the WFCA as a district representative and/or Southern Vice-President for fourteen years. He has also been actively involved in the WFCA having worked on the annual clinic, the summer golf outing, and the association's newsletter. He has received the Victors Award for 100 and 150 wins, as well as the 25 and 30-year service awards.

Phil was a member of the coaching staff for the South All-Star team in the 1981 Shrine Bowl. During his career, Phil has initiated and organized an annual golf outing, which has distributed over $80,000 to 156 graduating senior football players. In 1997 Phil was named Germantown's "Citizen of the Year" for his contributions to the youth of the community. Phil is a member of St. Mary's Parish in Menomonee Falls and is also a member of the National Association of Secondary School Principals and the Association of Wisconsin School Administrators. Phil would like to thank the inspirational coaches, close friends and outstanding players who have made his coaching career so rewarding.