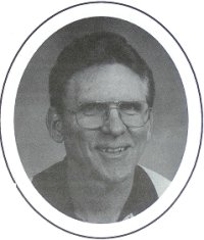 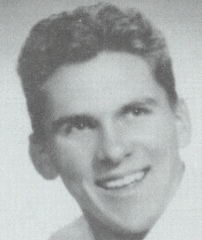 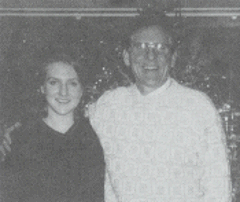 In high school Ron was a Milwaukee Journal All Conference running back in his junior and senior years. He also played basketball and baseball. He earned two letters in football at St. Thomas College in St. Paul, Minnesota, and another in his senior year at St. Norbert College. He played a season of semi-professional football with the Manitowoc Chiefs and another with the West Allis Spartans.

Ron worked for four years in the private sector. He was an assistant football coach for two years at Messmer High School and one year at Milwaukee Madison. In 1972 he began his teaching and coaching tenure at Kenosha Tremper High School.

In 1974 he was elevated to the head coaching position. Ron is in his 26th year as a Business Education, teacher at Tremper. He supervised the weight-training program from 1972 through 1992. Through the years he has been very active on school and on district committees including being a member of the Kenosha Education Association negotiating team in 1981. That year he was instrumental in helping district coaches in all sports obtain raises substantially higher than they had ever received before in order to make their salaries comparable to other large school districts.

In 1980 Ron was named the Wisconsin Football Coaches Association Coach of the Year. He was selected as WFCA District Coach of the Year six times including his last three years in coaching. He was also selected as the Milwaukee Sentinel Area Coach of the Year in 1980 and again in 1991. One of the highlights of Ron's career was working with head coach Ed Rux and the other assistants and players selected to the South team for the 1993 Shrine Bowl.

The lowest point in his career was the sudden and unexpected death of his close friend and assistant coach, Dennis Penza, in August of 1982.

Ron feels fortunate to have worked with so many quality kids and to have had such outstanding and loyal assistant coaches during the years. He also feels that the tremendous support he received from fellow teachers, administrators, and parents was instrumental to the success of the Tremper football program. He will always appreciate his family and friends for their love and support.