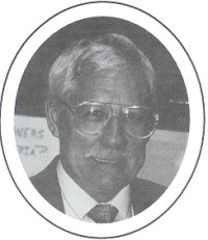 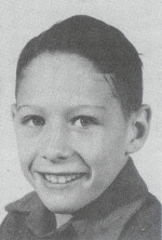 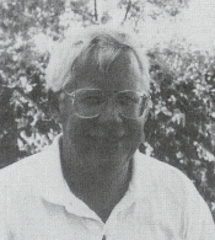 Started coaching career in Brighton, Colorado, as a J.V. Basketball Coach and Assistant Track Coach in 1962. Became Head Track Coach in 1965 and started the Cross-Country program in 1966, winning the conference championship in Cross-Country in 1967. Became Head Basketball Coach at Peshtigo High School, Peshtigo, WI, in 1967 until 1977, winning one conference championship in 1971. Also was an Assistant Track Coach for one year and an Assistant Varsity Football Coach working with Mike Strebel for 29 years, winning the 1983 Division 5 State Football Championship.

Credits Head Coach Mike Strebel for the knowledge of football that he has today. "I consider Mike Strebel to be a great friend, a great person, and one of the finest football coaches in the state of Wisconsin. What I have learned about the game of football, I have learned from Mike, and because of him, was given the opportunity to serve as an Assistant Coach in the 1981 North-South High School Shrine Game."

Pat participated in track, basketball, and football at Marinette High School, played one year of basketball at UW-Marinette campus, winning All-Conference Honors in 1958, and played three years of basketball at Carthage College and ran the 800, 1600, and 1600 mile relay and participated in the long jump in track. Pat has been a member of the WFCA for many years, speaking at its clinic in 1995. He also received District VI Assistant Coach of the Year and WFCA Assistant Coach of the Year honors while coaching at Peshtigo High School.

He has officiated track for 29 years, has run rules interpretation meetings for WIAA in track, and has started the State Track Meet in 1987, 1988, and 1995. Pat has taught biology for 35 years. During that time he attended Teacher World in 1994, received the Sallie Mae Teacher Tribute Award in 1992, Herb Kohl Fellowship Award in 1995, and the Outstanding Biology Teacher Award for the state of Wisconsin in 1995. He is a member of the WEA, NEA; past member of the Peshtigo Booster Club and Peshtigo Lions Club; former Building Committee Chairman, Mutual Ministry Committee Chairman, and Council President for Good Shepherd Lutheran Church in Peshtigo; President of the Corporate Board for Northland Lutheran Retirement Community, Inc., a Lutheran nursing home and retirement center in Marinette, WI, where he served for eleven years.