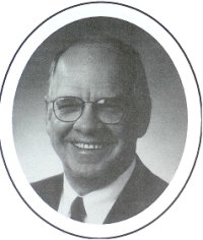 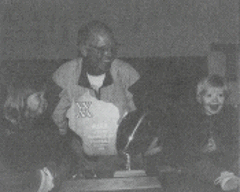 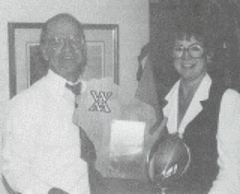 Graduated from Canton High School, Canton, MN, 1959. During his career at Canton High School he played football, basketball baseball and track, where he earned 11 letters. Received a B.S. in Physical Education and Social Science from Winona State University 1965, where he played football 4 years and earned 3 letters. Received an M.S. in Physical Education, Winona State University, 1969, while serving as teaching graduate assistant.

The 1991 and 1993 teams placed second in the WIAA state Championship games. Paul has a career head coaching record of 171-94-3. Appleton North High School has won one Conference Championship and has participated in the WIAA playoffs the three years that the school has been open.

Paul gives much of the credit for his coaching philosophy to his father and mother, Spencer and Agnes Engen; Coach Len Froyen, Braham, Minnesota; and Coach Dick Emanuel, Appleton, Wisconsin. Paul states that his parents taught him, "If you start a job, you finish it" Coach Froyen taught him, "Don't complain about the things that you don't have, instead, go about your business, and make the best of what you do have." Coach Emanuel taught him to "Demand and expect the best from every athlete on your team, in practice and games." Paul has a saying that states, "Good players make smart coaches, and when you get good players, coaches must provide them with opportunities to be successful."

He would like to extend a very sincere thanks to all the young men he has been privileged to coach. Without their effort, cooperation and coachability, this tremendous honor could not have happened. Paul says one of the great rewards of being a coach is working with and meeting so many great people such as, coaches Hank Sukow, Harlan Gruber, Ed Smrecek, Mike Weyerberg, John Kunz, Rob Salm, Curt Salm, Chris Heller Joe Krueger, Bob Leverson, Bob Arganda and Mark Schoenbohm.