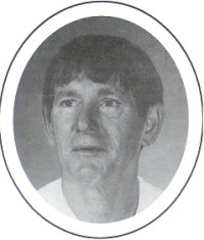 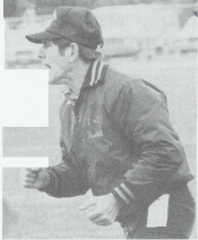 Steve's teams had five conference championships and five playoff appearances. He was named Central States Conference Coach of the Year, 1978; Central Wisconsin Small Schools Division Coach of the Year, 1984; WFCA 100-150 Victors Award, WFCA 20 Years Award and WFCA 25 Years Award. Steve's football teams had three undefeated seasons in 1975, 1978 and 1986. The 1974 and 1975 teams had an eighteen game winning streak. His teams compiled a 131-88-2 record over a period of 24 years.

He would like to acknowledge all the players who made those accomplishments possible and to all the coaches down through the years. His coaching philosophy: "Set your goals high and strive to reach them all. Make it fun for the players and fit your offense to the talent you have available. Take pride in your school and the community you, represent". For 35 years, he taught Physical Education and coached; the last 24 years at Iola-Scandinavia High School.