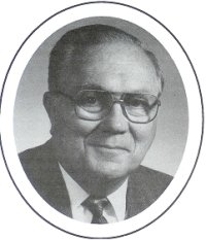 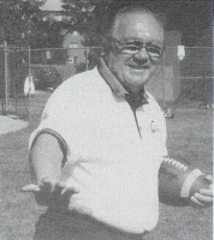 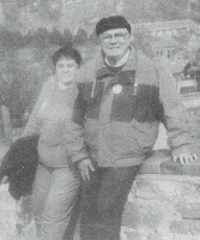 In high school he lettered in football, basketball, boxing and baseball. He played defensive end in the 1951 North South Shrine game. Played on four undefeated football teams and was captain and MVP of three of these teams. He lettered two seasons at St. Norbert's College and two seasons at UW-La Crosse, where he played every position except quarterback or center.

During the Korean conflict he spent two years in the USMC. Roger was on the Dean's List four semesters at UW -La Crosse. He began coaching at Ladysmith in 1958, where he was head football, wrestling and track coach. Won three conference championships and his football teams were undefeated in 1961 and 1962, and he had a 31 win, 9 loss record in football during his 5 years there.

Moved to Wisconsin Rapids Lincoln in 1963 where he was head football, wrestling, and track coach until 1969. He was the first coach in the history of the school to leave with a winning record and two conference championships. He was the 1965 Pepsi Wisconsin High School Coach of the Year. The track teams he coached were conference indoor champions all six years and outdoor conference champions four times. While coaching in high school he officiated football, basketball, and wrestling in the WSUC. In 1969 he officiated the State WIAA basketball semi-finals in Madison.

In 1969 he became the head football coach at UW-La Crosse. Under his leadership the Eagles have won or tied for the conference championship 14 times in a 29 year period. His teams have been in thirteen National Playoffs, with all teams getting to the final four and three winning National Championships 1985, 1992, and 1995. He has been named Conference Coach of the Year 8 times and was honored twice by being named Division Ill National Coach of the Year in 1992 and 1995. His 250 wins-62 losses make him the 13th winningest coach in college football history. UW -La Crosse has had 28 consecutive winning seasons under Roger. In 1988 he coached the Bologna Doves and in 1990, the Pesaro Angels in the Italian Professional Football League. The Doves went undefeated. During his 40 years as a head football coach his teams have won 329 games.

He was inducted into the NAIA District 14 and the UW-La Crosse Walls of Fame. He has received many awards from local groups the La Crosse Tribune, Eagles, Kiwanas, Coulee Coaches Association, and the Broadcasters Association. When UW-La Crosse won the 1995 National Championship, he received a proclamation of Recognition from the Governor of Wisconsin and the U.S. Senate.