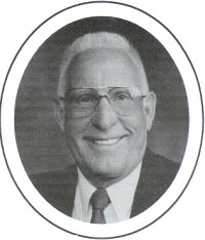 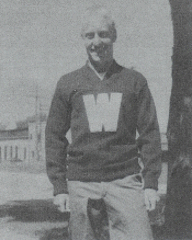 Otto Puls a retired pharmacist from Middleton WI who has turned his passion for sports mainly football, basketball and baseball into a second career as a game official and basketball scorekeeper. He is also a retired Lieutenant Colonel in the United States Army Reserves, as well as a retired pro and semi-pro baseball player and UW major letterman (1952, 53, 54). Otto began officiating high school and college football and basketball in 1955. After working 17 years of high school and WSUC Football he was added to the Big Ten football staff in 1972 and worked 238 Big Ten games in 20 years in that conference. He retired from the Big Ten in 1991. Otto's accomplishments in football include:

He has also worked 11 College division playoffs in his 41 years as a game official. He also worked 4 Shrine High School All Star Games and most of all, over 500 Wisconsin high school games including 7 playoff games. He also worked 34 years in WSUC (WIAC) working hundreds of games in that league. Otto retired from officiating football in 1997. He will continue to help young officials develop rule knowledge, proper officiating techniques and mechanical skills. Otto officiated basketball, working in the Big Ten, Mid-American, WSUC conferences and at high school level for 34 years. He has worked over 1,160 games and kept score at over 1,000 games at the University of Wisconsin and WIAA Tournaments. He has worked 3 high school All-Star basketball games.

As a highly respected official Otto officiated the WlAA tournament playoffs for 22 straight years, WlAA State Tournament games for 14 years and one official to work the State Finals in all boys divisions. He also officiated in WSUC for 30 years working 10 playoff games, twice the district finals. He retired from basketball in 1986 after a knee injury occurring in football the previous year. He continues to serve as the official scorekeeper at the University of Wisconsin-Madison men's basketball games, a position which he has held since 1965.

Otto holds memberships in several officiating associations; Southern Wisconsin Officials Association, National Association of Sports Officials, Big Ten Officials Association. He was the supervisor of officials in the WSUC from 1983-1990. He also worked with mentally retarded individuals to prepare them for the Special Olympics. Among the accolades bestowed on Otto are: Madison Area Service Clubs "Olympian of the Year" -- 1985 for devotion and dedication to youth athletes, Madison Sports Hall of Fame "Favorite Son" – 1990, Inducted into Wisconsin Basketball Coaches Association Hall of Fame – 1996.