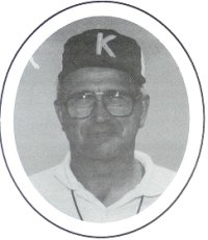 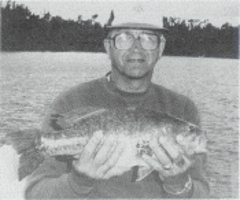 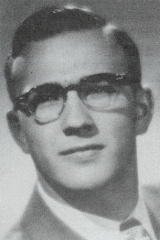 Since then Don has taught in Wisconsin for 39 years and last fall completed 40 years of coaching football. The first two years were as head coach at Hollandale for eight man football. The last 38 years have been in Kewaunee where he served as the freshman coach for two years; then as JV coach for six years (32 wins, 4 losses, 2 ties) and last year completed his 30th year as head varsity coach with a record of 191 wins, 88 losses and 1 tie.

From 1969 to 1971 his teams recorded 28 wins in a row and their defense had 68 scoreless quarters. During the 30 seasons as head coach in Kewaunee his teams have won 10 championships and were second 11 times and had four losing seasons. They have been in the play-offs the last four seasons and seven of the last twelve years.

He has been blessed with having some great assistants: Fred Schroeder, Bob Murphy, Mick Jadin, Tom Meyer, Jack Novak and Kurt Flaten for many years. Don was an assistant coach in the Shrine Bowl Game in 1980 and was a Wisconsin High School Coaches Association District Representative for ten years. He has also served on the WIAA Football Coaches Advisory Committee and has been selected District Coach of the Year three times. Don has been a WlAA official in football and basketball for 35 years and has been the Athletic Director at Kewaunee for 32 years. He started the track program in Kewaunee in 1963 and was the head coach until 1975. During the thirteen years as head track coach, Kewaunee won four Conference Championships, six Regional titles and one Sectional title. Don has remained on as an assistant until last spring.

He has also been the Kewaunee Summer Recreation Program Director and has run its summer Little League, Powder Puff Softball and Golf Programs for the last 29 years. In 1976 Don received the Rotary Club Community Service Award. He was inducted into the Manitowoc Lakeshore Hall of Fame in 1988. He is a former member of the Jaycees and also is active in his church (Holy Rosary) where he has served as a school board member, a trustee and also a commentator. Don has been a member of the Kewaunee faculty for 38 years. He has taught U.S. History, Government, Law Related Education and Physical Education in addition to having been the Attendance Director. In addition, he is a member of many teaching and coaching organizations.