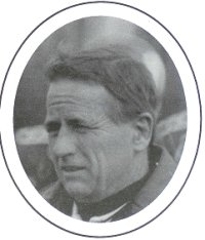 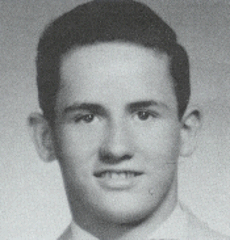 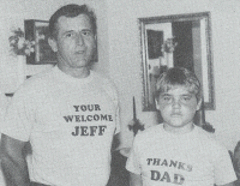 Bill began his teaching and coaching career in 1962 in the community of Wilton, Wisconsin. Wilton was the last community to join the Elroy-Kendall-Wilton School District and Bill was given the task of maintaining the sport of football during its final year of existence. The following two years were spent at Royall High School where he continued to teach social studies and coach football and track. From Royall he moved to Mineral Point where he served as assistant football and wrestling coach and head track coach.

The last 31 years have been spent at McFarland where he has been Head Football Coach and has coached other sports including wrestling and track. He also served as Athletic Director from 1969 to 1974. Bill is a charter member of the WFCA which he has served as a district rep, Hall of Fame committee member and President from 1989 to 1994. His proudest accomplishment was the role he played as author of what has come to be the expanded state football playoff system on behalf of the WFCA. Bill has also been a part of the annual WFCA Coaches Football Clinic since its inception in 1977. He also served on the WIAA Football Sports Advisory Committee from 1987 to 1996. He coached the 1982 South Shrine All-Stars as an assistant coach and will be the Head Coach in 1998.

During his tenure at McFarland Bill's teams won 6 conference championship and were. involved in the WIAA State Playoffs 5 times while his undefeated team of 1976 failed to make the playoffs based on criteria in existence at that time (the biggest motivator in his expanded playoff efforts). Bill consistently taught his athletes that if they were to respect themselves they must first learn to respect their opponents; that as team members they must concentrate on team goals over individual honors; and that the heart and soul of our teams rested, not with the stars, but with recognizing and working to improve our weaknesses.

He is most thankful for all the wonderful friendships and memories gained through his 36 years in teaching and coaching high school student athletes. He is especially thankful to many, many coaches and players who made those years so rewarding.