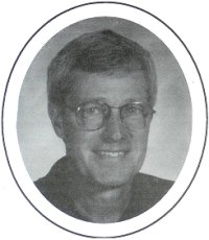 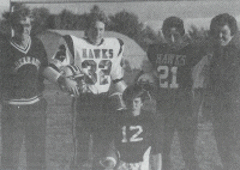 Jack began his teaching career at New Auburn, from 1964 to 1966, where he was the head basketball coach and assistant football coach. In 1966 he was hired at Baldwin-Woodville, where he retired from teaching physical education and driver's education in 1999. While at Baldwin-Woodville Jack was head baseball coach for 17 years and coached the Middle Border Championship team in 1971. He was also the assistant basketball coach for three years. Jack was the head football coach for 19 years. His accomplishments at that position included Middle Border championships in 1970, 1974, 1981, 1982, 1983 and 1987. His team was the state football runner-up in Division 3 in 1981 and was the Division 4 state champion in 1987.

Jack continued as assistant football coach after turning over the reins and was involved in two more conference championships, a state title in 1992 and second place finish in the state tournament in 1994. For his efforts in coaching, Jack was named Football District Coach of the Year in 1981,1982 and 1983. In 1987 he was honored as the State Coach of the Year and was the North-South Shrine Game assistant coach in 1986. The Wisconsin Football Coaches Association has recognized Jack with Service Awards for 20, 25 and 30 years of participation.

Jack has been involved with sports all his life, beginning with eight-man football at Plum City to intercollegiate basketball and baseball while at UW-RF. He played professional baseball in the Chicago White Sox farm system. Jack's love of athletics and sportsmanship has transferred to the players he has been involved with over the years.

Beginning in his first year as head coach, Jack has had the respect and admiration of his players and the community. He has truly led by example. During his years at Baldwin-Woodville, Jack has become one of the most respected individuals in these communities. His high moral leadership, involvement on a personal level with students, low key manner and winning football teams have made him a role model of commitment and dedication. His many former players can attest to the high standards to which Jack holds himself and his teams. The philosophy Jack has imparted to his players is "Play from your heart and give it all you've got."