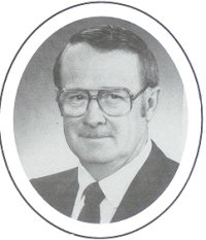 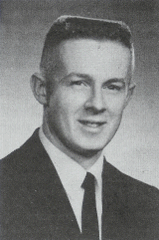 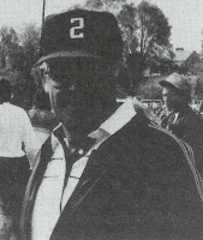 In high school Bob lettered only in baseball 3 years, went on to college at UW-Superior lettering 3 years in basketball and baseball; captain of both in 1957-58. Did not play football. A team member of the 1957-58 national NCAA III playoff basketball team. At Viola. Bob was head track, coaching one of the school's first state pole vaulters, also assisted the Bluejackets in contention for titles in football and basketball in 1960-62.

The sport of wrestling was started at Spring Valley in 1965 by Bob, resulting in a 129-87-2 dual record by 1987. The program produced 29 state participants and 2 state champions in 1983 and 85. One of his products was an NCAA national champion in 1982-83. He was a member of the WIAA wrestling advisory board 1976-82. Bob was very active in school and community baseball programs; playing on the local amateur team for 15 years and head high school coach (spring & summer) 1965-69 and 1975-79 for a 79-53 record. His program produced a baseball collegiate All-American and a professional player in the Cleveland Indian organization. While at Spring Valley, Bob directed the summer recreation for 25 consecutive summers. He also supervised an active F.C.A. program in the school for several years.

In 1986 Bob accepted a football assistantship at UW-Stout while still teaching at Spring Valley. 1988 brought about a full-time position at Stout. He accepted a position of instructor, head wrestling coach, assistant football and equipment supervisor. During his collegiate tenure he coached receivers, backfield and secondary for the football team, developing 5 All-American NCAA Div. Ill. He became the winningest wrestling coach in Stout history as his teams went 40-66 in dual meets with 17 national qualifiers, 6 All-Americans and 1 NCAA Div. III National Champion in 1994. Bob joined the Stout Blue Devil baseball team in 1995 as an assistant working with catchers and outfield. In 1997 he accepted an interim head position and guided the Blue Devils into the WIAC divisional playoffs.