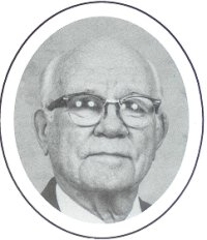 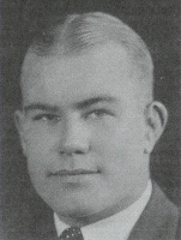 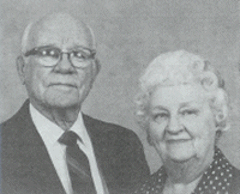 Len Umnus was born April 18, 1903 in Menominee, Michigan. At Menominee High School he participated in football and perhaps the intense football rivalry between Marinette and Menominee helped develop his intense desire to excel and to win. ("If you don't play to win, why play?")

In the fall of 1921 he enrolled at the University of Illinois where he played football under Coach R.C. Zuppke and with "Red" Grange where he lettered three years as a center and guard. He also lettered for Illinois in boxing.

After graduation in 1925, he coached football, basketball, and track three years at Fairmont College in Wichita, Kansas assisted football at Iowa while receiving his masters degree and coached all sports at a high school in California. He returned to Menominee, Michigan, to coach football at Jordan College before coming to Northwestern College at Watertown as "Physical Director" in the fall of 1935.

For the next 39 years Len was to leave his mark on the school and on hundreds of future pastors. He ran a first class athletic program on a limited budget for a school with an enrollment of 200 or less. He coached football, basketball, baseball, tennis, and wrestling with no assistance in most cases, and he had winners in all of the sports. Len was never a man to keep track of statistics or win-loss records, although his 1946-47 basketball team won 20 of 21 games and received national recognition. A fine catcher himself, Len led Northwestern College and prep baseball teams to many championships.

In 1956 when wrestling was introduced, Len put out teams that year after year produced winners. In the first 25 years as football coach at Northwestern, Len’s teams compiled a record of 115 wins, 35 losses, and 7 ties, while winning or sharing 11 conference titles as the smallest school in its conference. At one time in the early 50's his football teams went 28 games without a defeat, won five straight championships and earned national recognition of the win streak.

Although records were sketchy for most of the sports that Len coached, his record for the 35 years that he coached the college gridiron teams, was 135 wins, 64 losses and 9 ties. (Northwestern did not field a college team for two years during World War II). There can be no doubt that winning meant a lot to Len, but he felt that a more important job was to motivate and prepare his boys for the ministry. His practices were as tough as Len was demanding and were often turned into lessons about the tough realities of life and the ministry.

Although he was never under any administrative pressure to produce winners, it was his own drive that came to the forefront to create winning teams. He loved the game of football, he loved his Lord and his greatest joy was hearing his former players preach from the pulpit. After retiring from football coaching in 1970, Len continued to coach prep wrestling and baseball.