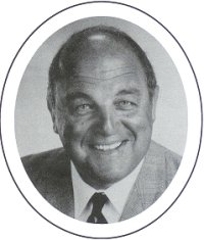 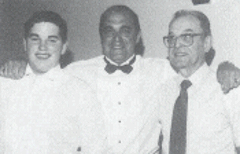 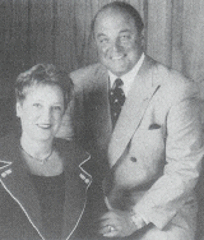 Barry Alvarez, the highly successful Badger football coach, took a huge step forward last fall in establishing a legacy at Wisconsin that will stand the test of time.

The Badgers' second Big Ten championship and Rose Bowl victory for Alvarez in 1998, confirmed his status as one of college football's top coaches.

When the former Notre Dame coordinator was hired in 1990, he said that he wanted to build a program much like his college coach, Bob Devaney, developed at Nebraska. That dream certainly seems attainable for Alvarez with the solid foundation he has built in Madison.

During his nine years at Wisconsin, Alvarez has built a program that continues to break records, build on tradition and create giddiness for Badger fans across the state.

Became the first UW squad in school annals to win 11 games.
Broke the regular season victory mark (10), bettering the nine win clubs of 1897,1898,1899,1901 and 1993.
Spent every week in the ratings, just the third UW team in history to do so and finished the year rated fifth (coaches) and sixth (media).
Won every home game for the first time since 1962.
Earned a share of the school's 10th Big Ten championship.
Earned the UW's fifth bowl in six years and won their fourth post season game for Alvarez.
Registered the best winning percentage (.875) in league play by a Badger team in 87 seasons.
Posted a school-best nine-game winning streak to begin the season as the Badgers climbed as high as sixth in the coaches' poll.
For all of those achievements and more, Alvarez earned his second Dave McClain Award, given to the Big Ten Coach of the Year. Alvarez was also a finalist for several organizations' national Coach of the Year.

Other Important facts include:

Alvarez is the winningest coach in Wisconsin history.
He has recorded the most bowl victories in school history.
He coached the Badgers to five bowls in nine years.
During the '98 regular season, Alvarez passed two-time Rose Bowl coach, Milt Bruhn, as the winningest Wisconsin coach in the modern era. Alvarez' 60 victories leave him five wins shy of all-time leader Phil King, who coached at the turn-of-the-century against a collection of high schools, medical schools, alumni squads and colleges. With Hayden Fry's retirement at Iowa, Alvarez also moved into second-place (behind Ohio State's John Cooper) for seniority in the league. The former Cornhusker linebacker coached linebackers at Iowa and was defensive coordinator at Notre Dame before taking over the Badger program.

As Alvarez enters the final season of his first decade in Madison, he sports a 60-42-4 (.585) record. That is also his career mark as a collegiate head coach.

He has also improved his Big Ten record to just one game below the .500 mark after failing to win a conference contest his first year (0-8). In fact, his last six squads have registered a 63.5 winning rate (29-16-3) in league action, fourth-best in the league behind Ohio State, Penn State and Michigan.

Besides guiding the Badgers to the two winningest seasons (l0-1-1 in 1993 and 11-1 in 1998) in UW history, Alvarez has produced three other eight win clubs and joined Woody Hayes (Ohio State) as the only coach in Big Ten history to win two Rose Bowl games in a six year period.