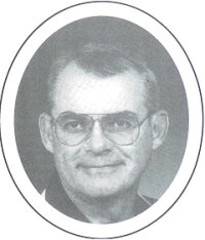 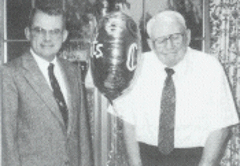 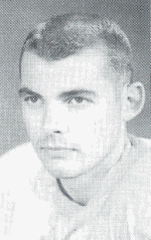 In 1963, Buck moved to Dodgeville to teach and coach. He assisted Ray Heim, WFCA Hall of Famer for 3 years, being his scout during his 8-0 season in 1963. After Heim left, he assisted another WFCA Hall of Famer, John "Weenie" Wilson in 1966. During that season, the Dodgers handed Mount Horeb their only loss 20-0.

Buck became head football coach in 1967, leading his team to 4 winning seasons and giving these SWAL champions their toughest battles.

In 1970, he resigned as head coach, as he was also head basketball coach. In 1973, head coach Myles Strasser hired Buck to be his defensive coordinator. In 1975, the Dodgers led the Southern 8 in defense giving up only 49 points and handing Southern 8 champ Cuba City their only loss. After Strasser left, Buck assisted Walter Isaacson, Jim Dettwiler, and Jim Bouche till 1984 when the administration beckoned Buck to head the program again.

After 2 years rebuilding, Buck's 1986 team ended up 9-0, winning the most games in Dodger history and winning their only Southern 8 title. During their season, they scored 54 points in 3 quarters against St. Lawrence, 38 points in a half against Darlington and 28 points in a quarter against Mineral Point. They defeated Iowa Grant for the first time since Buck coached last and defeated Platteville for their first conference loss in 5 years and 30 games. In the playoffs, they played perennial state champ Westby losing 28-34 in overtime. Buck was named Coach of the Year.

Besides coaching football, Buck has talked at many clinics, written articles in the WFCA Journal, Athletic Journal, and Scholastic Coach. Buck was one of the pioneers of the "One Back" formation and has corresponded with coaches from 30 different states on it. He is a member of the WFCA and American Football Coaches Association.

Buck's other duties at Dodgeville were coaching basketball for 25 years, head coach for 18 of those years. He was inducted into the Wisconsin Basketball Hall of Fame in 1995. Buck was also head wrestling coach for one year. Buck was also named to "Who's Who Among America's Teachers" in 1992, 1993, and 1997. He also received an "Outstanding Service Award in Education" from Congressman Scott Klug in 1996. Buck was most recently inducted into the Athletic Hall of Fame as a coach at Black Hills State University in October 1998.