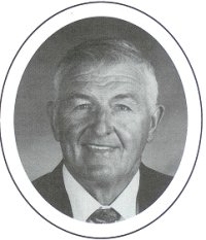 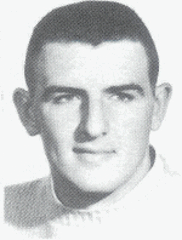 For 35 years, Kip Cramer has coached football with an intensity that reveals his lifelong love of the sport. Kip graduated from high school in 1960 from East Rockford where he was a 3-time letter winner in football, wrestling, baseball, and track, and earned all-conference and all-state honors as a football player. He attended the University of Illinois on a football scholarship and was captain of his freshmen team. He finished his college playing career at Iowa Wesleyan, and was honored as the MVP and Co-Captain in his senior year as a defensive end. Upon graduation, he studied research physiology at the University of Michigan while coaching the defensive line as a graduate assistant for the Michigan Wolverines.

After receiving his M.S. at Michigan, he accepted the position of Defensive Coordinator, Line/LB Coach for two years at the University of Wisconsin-Milwaukee. He then spent six years as a Defensive Coordinator and Line Coach at Northern Illinois University under the late Doc Urich and alongside dear friends Herb Grenke and Ralph Zurbrugg. He arrived at Grafton High School in 1975 and reached his first 100 wins in just 11 seasons with a record of 100-17. As of 1998, he had only 4 losing seasons and an overall record of 154-79. Under Kip's coaching, the Grafton Black Hawks have won conference championships in 1975, 1977, 1978, 1980, 1981, 1982, 1984, and 1995. They have qualified for the state playoffs in 1977, 1980, 1981, 1982, 1984, 1995, 1996, and 1997. After an undefeated season in 1981, he led his teams to Division II State Championships in 1981 and 1982. They also were state runner-up in 1977 and 1984. He is known as one of the first coaches in the state to regularly use the two-platoon approach in high school. He has established a reputation as an outstanding motivator and defensive strategist and as a coach who cares deeply about his players. Over the past 25 years, he has had over 50 players receive scholarships to play college football, and several players continue on to play in the NFL.

Coaches in Wisconsin have honored Kip's achievements with six District Coach of the Year and five Conference Coach of the Year awards. They have also elected him to serve as a WFCA District Representative for 11 years. He also was a member of the coaching staff for the South team in the 1983 All-Star Shrine Bowl.

Kip has also been honored by recognition within his home community. In 1983, he was named as Grafton's Outstanding Citizen of the Year award.

"Being inducted into the WFCA Hall of Fame is a very gratifying honor and in many ways is perceived as an individual honor," Kip remarks. "But I also realize that an individual gets an honor like this as a reflection of his players and coaches he has worked with. Without question, my loyal assistant coaches, especially Gary Lukes, deserve all the credit in the world. I am most thankful to my high school coach and friend, Cliff Breese, for his role model, and to the late John Bliese, former Athletic Director at Grafton H. S., for his tremendous support and friendship."

"One of my greatest joys as a coach was coaching my son Scott, and now, after his college playing days at Western Michigan University, to have him back helping me coach."