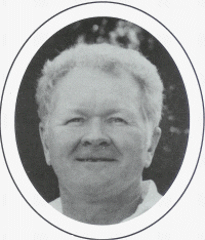 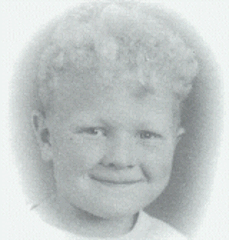 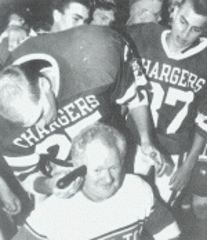 Stan was born in Waupaca, Wisconsin, in 1938, and graduated from Waupaca High School in 1956 where he earned nine letters in football, basketball and baseball. Upon graduating from UW-Oshkosh in 1961, he began his teaching and coaching career at Bonduel High School and continued there until 1963 when he started at Hamilton High School in Sussex.

From 1963-1969, Stan coached the frosh and JV football teams to a 36-9 record. In 1970 he was appointed head football coach and has remained at that position to date. With the ending of the 1998 season, Stan has completed his 29th year as head coach and has a record of 182-94-1. His teams have won four conference championships and have been in the playoffs the last seven seasons. During the stretch from 1992-1995, the Chargers went 37-6 with three conference championships and a semi-final berth in the WIAA tournament. Stan credits much of this success to his loyal staff of Fred Eimermann, Jay Bergemann and John Vitale and other assistants who have been with him for many years.

During Stan's 38 years of coaching, he has been active in the WFCA as a member, district representative for 18 years and southern vice-president for the past three years. During this time he has also served on the clinic committee, Point After on reporting staff and most recently as the WFCA liaison for the Shrine all-star game. Stan has been the mini-clinic coordinator for the southwest region for the past 21 years. He has also served on the WIAA coaches advisory team for the past four years.

During his years of teaching chemistry and coaching, a love of association with young people was nurtured. Stan would like to be remembered as a person who made a difference in the lives of young people. He believes that respect must be earned and that a teacher and coach must devote his life to that end. He credits his high school coach, Hall of Famer LeRoy Haberkorn, as being his inspiration to enter coaching. Stan recalls that his two biggest thrills in coaching were being able to coach his two sons, Jeff and Matt. Longevity in coaching requires having loyal assistants and great players and Hamilton has been blessed with both.

Although retired from teaching at Hamilton, Stan has and continues to serve on many staff committees. He was the Hamilton Education Association President in 1968-70 and has served on several negotiating teams. He has been a member of the school and community AODA team for five years. When his sons were younger he also coached their Little League baseball teams. In his 36 years at Hamilton he has coached 74 seasons of football, golf and basketball.