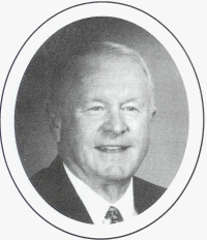 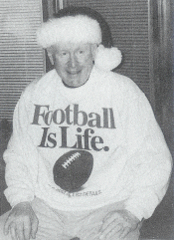 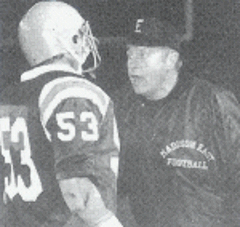 Knobby's response to his induction into the WFCA Hall of Fame is, "Of all the awards given to anyone, the most prestigious award is the one given to you by your peers. Being inducted into the WFCA Hall of Fame is that kind of honor. I would like to accept this great honor on behalf of all the wonderful young men I had the privilege to coach, my loyal and dedicated assistant coaches, the faculty members I respected and the support of the administration at every school I worked at." Knobby considers himself to be extremely fortunate to have been in a profession he loved so much and can honestly say that, "I never had a single day where going to work was anything but a pleasure."

Knobby would like to thank his Central High School football and baseball coach, Harold "Gus" Pollock, and his basketball coach, Bob Alwin, for encouraging him to pursue the teaching and coaching profession. He would also like to thank his college baseball coaches, "Dynie" Mansfield and Fritz Wegner, for their guidance and confidence while a player at the University of Wisconsin. Last, but not least, Knobby would like to acknowledge all the members of the WFCA who have, are and will continue to have such a great influence on the young student-athletes in our state.

WFCA District Coach of the Year
Big 8 Conference Coach of the Year, 4 Times
Madison City Coach of the Year, 5 Times
WFCA 100-150 Victors Award
WFCA Service Awards 20 yr, 25 yr, 30 yr, 35 yr
A charter member of the original coaches committee that made the recommendation to the WIAA for a football playoff system that was adopted in the State of Wisconsin.

Assistant coach of the South All Stars in the 1978 Shrine Football Game.

Knobby is the all-time leader in wins at Madison East High School with 122. He coached many City Championship teams, three Conference Championship teams 1973, 77, 85 and two playoff appearances in 1977 and 1992.