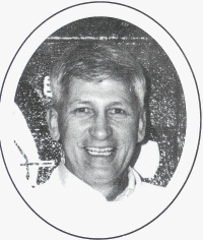 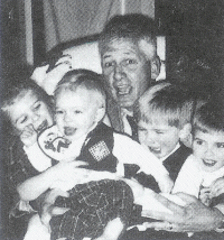 Tom was born and raised in Cedarburg, WI, and graduated in 1960 from Cedarburg High School. While in high school he participated in football, basketball, track, and summer baseball, achieving varsity letters in all sports. He attended UW – La Crosse 1960 to 1964 lettering in basketball and track. Tom received a B.S. degree in Education majoring in Social Studies and Physical Education. He later attained his M.A. degree in Physical Education in 1974 from the University of Northern Colorado.

Tom's first and only teaching position has been at Oregon High School from 1964 to 1998 retiring this past summer. His teaching assignments included Contemporary History, Political Science, Social Studies, Physical Education, Adaptive Physical Education, and Community CPR certification for all seniors. He served as the Physical Education department chairman from 1968 to 1990. While living in the Oregon community Tom served as charter member of the Oregon Emergency Medical Technicians from 1980-1983; served as Program Director for the Wisconsin Easter Seals at Camp Waubeek in 1964 & 65; also was a charter member to the Oregon Jaycee's and the Oregon Athletic Booster Club. Tom and his family belong to St. John's Lutheran Church.

During the last seven years (1991-1998) Tom has served as Athletic Director administering 21 sports, including two co-op programs. In addition to daily administrative duties, he served on planning committees for a new all block stadium press box, a new storage and restroom building, a 15 acre sports and recreation land project with the Army National Guard heavy equipment division, the remodeling of the Oregon High School and athletic additions, coordinating the athletic booster club and major fund raising committees for multiple projects. Tom was voted Athletic Director of the Year in 1998.

Tom's coaching responsibilities included football, basketball, and track. He served as head boys' track coach for 27 years, girls and boys combined team for 14 years. Was voted Wisconsin Track Coaches Association District 5 Coach of the Year in 1990. He has served as the awards and Hall of Fame chairman from 1982 to the present for the Wisconsin Track Coaches Association. His coaching record included 14 boys and 4 girls Central Suburban and Badger Conference Track Championships. This included numerous regional and sectional championships, three individual state champions, and 100 plus track athletes who qualified for state competition. Tom served two years as junior varsity basketball coach and head boys' coach from 1966 to 1974.

Tom's football coaching covered 30 years of active duty from 1964 to 1996. He coached on all levels, freshmen, junior varsity, and varsity. He served as an assistant coach under three of the finest coaches in all of Wisconsin; Hall of Fame coaches Erv Kissling and Cal Callaway and present head coach Bob Prahl, serving as defensive coordinator under Cal Callaway and Bob Prahl. Tom was a member of the coaching staff that led Oregon's football teams to five Central Suburban Championships 1964, 69, 74, 75, & 76, and won Championships in the Badger Conference in 1978, 79, 80, 85, and 1990. The football teams of 1978, 80, 85, and 90 participated in the WIAA playoff programs, with a 2nd place finish in 1978. Since retiring from football coaching in 96, he has continued to be active in football as a volunteer coach, athletic trainer, and official.

Tom would like to extend a very sincere thanks to all the young men and women he has had the privilege to coach. It has been a labor of love, a dream he had ever since he started playing athletics back in good old Cedarburg. A special thanks to all the coaches he has worked with; it was a tremendous time in his life. "One of the greatest joys in my life was to coach my son Chad on an undefeated championship team. He was a great team player on a team of many outstanding young men. His sister Jodie, who was an outstanding cheerleader, was always there to support her brother and her Dad."