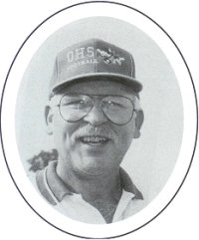 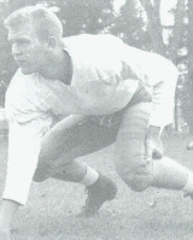 Ed believes that this special award, the induction of the head football coach at Oconomowoc High School into the WFCA Hall of Fame, is one to be shared by the people of his city. Those players who have allowed him to coach them share the greater portion of the award. The hundreds of young men who have worked hard for the victories are his pride to this program. It was they who worked in the classroom, worked in the off-season and worked their hardest every practice to achieve in each contest. Their special dedication has brought to Oconomowoc another special recognition, the WFCA Hall of Fame induction.

The parents of these players and the assistant coaches during his head coaching career must share in this award. Without the support of the parents of the high school athlete, there can be no successful athletic programs. The parents of the Oconomowoc players have been there for their individual athlete and the Oconomowoc football program. In over thirty years there have been many assistant coaches who have labored long and hard to teach the football skills to those young men who chose to play for Oconomowoc High School. Although their names will not appear on this plaque, it is they who deserve as much credit for the success of this program as the head coach.

Ed played football at Lancaster High School in Wisconsin. Along with football, he participated in track, baseball, basketball and volleyball. He earned thirteen letters, four in football. In 1954 he was named to the all conference team in football, and was All-State. Much of this accomplishment should be credited to the great high school team he played on and to Merton Wulf, a WFCA Hall of Fame coach. Ed's father and mother, Clayton and Josephine, were always there to support him.

Ed's coaching career at Oconomowoc began in 1964 when he took the job as the varsity line coach. In 1967 he was selected as the head football coach. During his tenure, from 1967-1999, his teams have won 209 football games. They have won or shared ten Wisconsin Little Ten conference titles and qualified for the WIAA. state tournament twelve times, advancing to the Division I state finals in 1987. Ed has always been a member of the WFCA and has served on the Board of Directors. He has been selected twice as the Region Coach of the Year and two times as the Waukesha County Coach of the Year. In 1983 he was selected to the South All Star staff as an assistant to John Heineke and in 1993 served as the head coach.