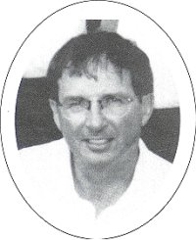 Dick as a youngster traveled with his father to watch him referee high school football and basketball games. During those years a spark was kindled that became a burning desire to compete and coach. Guided by outstanding high school coaches at Clarion (IA) High School, especially his football coach and long time family friend, Wayne Bergstrom, he developed his leadership skills while earning ten varsity letters in four sports. He received his B.S. in Mathematics from Wartburg College in 1966 and earned four monograms playing football and baseball there.

His coaching career began in 1966 at Beloit Memorial High School where he had the good fortune to serve as an assistant coach for three years to Hall of Fame coaches, John Heineke (football) and Bernie Barkin (basketball). After a year of study at Notre Dame to earn his M.S. in Mathematics, Dick became head football coach at Wisconsin Rapids Assumption High School in 1970. A character building, 2-7, first year led to a pride restoring, 8-1, his second year there. In 1972, he moved on to his only other coaching job at Marquette University High School in Milwaukee.

At Marquette, Dick chaired the mathematics department for sixteen years and designed the school's unique accelerated mathematics program. He received their Excellence in Teaching Award in 1994. His coaching philosophy was based on the premise that "no one is more important than the team." During 21 years as head track coach, the Marquette track teams won a record ten WISAA Division I track titles and finished runner-up seven times while winning 29 indoor and outdoor conference championships. The Wisconsin Track Coaches Association inducted him into their Hall of Fame in 1996.

In the past 28 years as head football coach, the Marquette Gridders have won thirteen conference championships and finished second eight times. From 1984 to 1990 Marquette won 48 consecutive conference games and had 23 and 22 game undefeated streaks in '88-89 and '94-95 respectively. The Hilltoppers competed in the WISAA playoffs 21 times, winning a record eight Division 1 state championships and finishing runner-up twice. In 1994, he became the school's athletic director.

Dick served the Wisconsin Football Coaches Association as a district representative for over twenty years. During those years, he championed the cause of the state's private schools and was an outspoken proponent of the merger of the WISAA and the WIAA, which came to fruition in 2000. He also headed the committee, which developed the WFCA Code of Ethics and was instrumental in developing the All-State selection process. In 1988, he was WFCA Coach of the year.

This great honor is shared with many fine assistant coaches, most especially Terry Kelly, who has been an assistant at Marquette in both football and track since 1979. It is also shared with the players and the parents who entrusted their sons to him, and with Assumption and Marquette for giving an untested coach a chance. The spirit and determination of hundreds of outstanding student-athletes along with the loyalty and dedication of his assistants can only be measured by the fact that at the end of the 20th century, Dick was Wisconsin's most winning high school football coach with a 30-year record of 254-65.