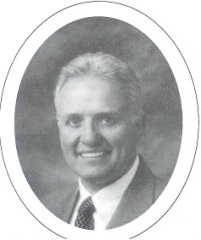 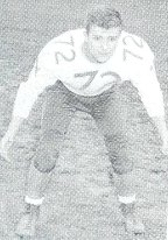 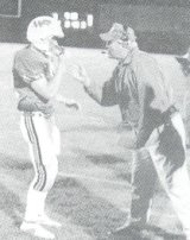 Ken attended Greenfield H. S. and earned 10 letters in football, basketball, baseball, and track. At UW-Eau Claire he started all four years in football and helped lead the Bluegolds to two WSUC Championships in 1963 and 64. He was selected to the NAIA District 13 All-State Team in 1964. He also served as letter club president for two years and was a member of Sigma Tau Gamma Fraternity.

Ken was known for developing winning programs at every school he coached at. His first year coaching was at Altoona in 1965 as an assistant coach, then in 1966 and 1967 he was head coach at Manawa. He coached at New London in 1968, and led them to their first winning season in 22 years. In 1969, Ken was an assistant offensive line coach at Brigham Young University and received his M.S. Degree in Physical Education.

In 1970 he was assistant football, head wrestling, and tennis coach at Lawrence University. From 1971-1976 he coached at Durango High School in Colorado, and then came back to Wisconsin and coached at Wisconsin Rapids from 1977 -1999.

During his coaching career, Ken was head coach in football, boys' and girls' basketball, track, tennis and wrestling and in 35 years Ken had only two losing seasons. As a head football coach he compiled 214 wins, 95 losses, and 4 ties, won seven conference championships, one state runner-up, one semi-finals, two quarter finals, and 10 state qualifiers. He also had 20 players receive division one scholarships. In addition he coached state champions in the pole vault and hurdles in track.

Ken officiated wrestling for 18 years at both the high school and collegiate level and was selected to work the Rocky Mountain Collegiate Tournament, and the WISAA State Tournament. He served as District Rep. and President of the Wisconsin High School Coaches Association from 1981 through 1993, and then served as Northern Vice-President of the WFCA from 1995 to 2000. He has been active in Lions Club, Kiwanis Club, LDS Church leadership positions, Boy Scout leader, and served as coaches advisor for the WIAA Board of Control for three years and was District K-12 Physical Education Chairman at Manawa, Durango, and Wisconsin Rapids. In 2000 he was selected to coach the North All-Star Team of the WFCA annual Shrine Game in Madison.