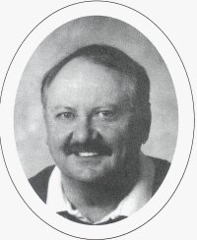 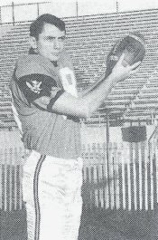 His first head coaching position was at Lake Holcombe High School. Art vividly remembers his first practice ever when only nine players reported. Needless to say, much work needed to be done. He was extremely proud of the weight program that he established while coaching the Chieftains. He then went on to Winona State University as defensive back coach. His defensive backfield was ranked 6th in the nation in Division ll. After receiving his Masters, Art traveled down river for a brief stint as freshman football coach under Hall of Famer Paul Bebow. His freshman team was undefeated.

In 1979 he was selected as head football coach of the Westby Norsemen. His teams at Westby compiled a 109-44 record in his 15 years as head coach. Included in this record are two consecutive Division IV State Championships (1985 and 1986), one runner-up finish in Division IV (1989), ten consecutive Coulee Conference Championships, nine consecutive play-off berths, and three undefeated regular seasons (1984, 1987, 1989).

Art has taught English at Westby High for the last twenty-one years. He has been honored twice in "Who's Who Among Secondary Teachers." He jokingly admits that he's happy that Westby High is the only school in the state to hire a man from New Jersey to teach English to a group of Norwegians.

"I'm extremely humbled to be inducted into the Hall of Fame," says Brunje. "Actually I don't consider this to be an individual honor. All the players and the assistant coaches who gave their hearts and souls for our successes are the true honorees. Without the help of line coach John Blihovde and defensive coach Neil Hoven, I probably wouldn't be here."