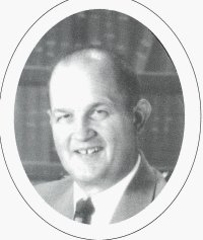 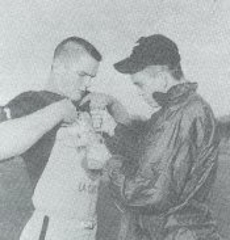 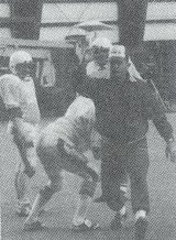 Bill Collar was a three-sport athlete at Hortonville High School lettering in football, wrestling and baseball. He attended UW-LaCrosse where he was a four-year starter at offensive tackle, earned all-conference honors and captained the team his senior year. He spent his first two years at Antigo High School and was introduced to coaching by the highly successful Gordy Schofield. Bill then moved to UW-LaCrosse and worked as offensive line coach on the staff of legendary coach Roger Harring. While at LaCrosse, Bill helped develop the popular offensive line camp that he directed for twenty-five years.

Bill took over the football program at Seymour High School in 1972. After struggling for a number of years, the team became competitive and won the first conference title in the history of the school in 1985. Additional conference titles followed in 1991 and 1996. Under Bill's leadership the Seymour squad has participated in the state playoff series eight times, resulting in a state championship in 1985 and runner-up in 1991. Serving as an assistant in track for twenty- two years, Bill coached a number of state champions in the throwing events.

A popular motivational speaker, Bill has addressed groups ranging from the State School District Administrators to the Wisconsin Badger Football Team. Always interested in improving the quality of education in Wisconsin, Bill has been the Director of Teacher World and was on the Steering Committee for the first Teacher Forum. He has addressed coaches at football clinics throughout the Midwest and has presented numerous in-service programs for teachers.

"I believe a successful coach must take pride in being an excellent teacher. The athletic field is simply an extension of the classroom where students learn lasting lessons about life. I'm thankful to have worked with a number of outstanding assistant coaches and players, and cherish the friendships made through coaching. My wife, Holly, and family have been very supportive."