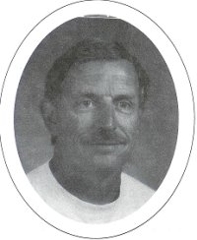 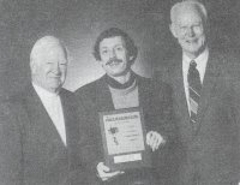 Bob started his teaching and coaching career at Monroe, WI, in 1965, where he was an assistant football and track coach for three years. In 1968, he became the head football coach at Manawa, WI, where he coached 31 years, retiring in 1999. At Manawa, he was the head football coach for 31 years, head track coach for 23 years, and head basketball coach for four years. In 1999, he became the Defensive Coordinator at Lawrence University. With a 213-76-5 football record at Manawa, there was a State Championship in 1985, a 13-0 season. There were two State Semi-Finals, 16 Central Wisconsin Conference Championships, three unbeaten teams, and a team in 1984 that was not scored on in 10 regular season games. In track, he coached 3 individual State Champions including a state record holder, along with 9 State Runner-ups.

He was a charter member of the Board of Directors of the Wisconsin Football Coaches Association and served as a District Representative. He achieved the Victors Award in 1997. One of his coaching highlights was to see three of his former players become head football coaches in the State of Wisconsin at the same time.

He has been a past president of the Manawa Education Association and a member of the WEA and NEA for 35 years. Very active in community activities, Bob helped organize and was a charter member of the Manawa Jaycees, along with being a past Cubmaster for the Manawa Cub Scouts. He is on the church council, a church reader, and treasurer for Zion Lutheran Church in Manawa. He is also active in organizations for the handicapped, being a member of the Wisconsin Association for Retarded Citizens and the Waupaca County ARC. He helped his wife, Diane, organize a Waupaca County Youth ARC and was a volunteer bus driver for Camp Keller, which is a Waupaca County ARC summer camp. He also ran a Special Olympic track meet for Waupaca County.