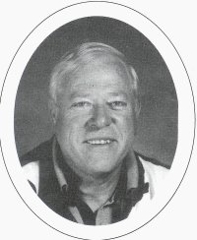 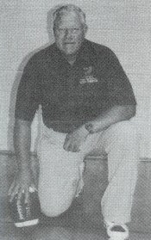 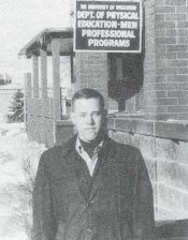 The youngest of five children, Bob was born in Madison Wisconsin, to Dan and Jenny McLeod. Dan had just got his B.A. degree in Journalism from the University of Wisconsin. Times were tough so the family moved to northern Wisconsin and took over his grandparents' dairy farm near Hayward, Wisconsin.

Bob graduated from Hayward High School in 1963. He played football all four years and started at tackle his last two. Bob also ran track and competed in the shot put, mile run and the low hurdles.

Bob went to the University of Wisconsin at Madison and graduated with a B.S. degree in Physical Education. He competed in intramural ice hockey and flag football for the U.Y.M.C.A.

From 1968 to 1977 Bob taught physical education at Clintonville Junior High and was head freshman football, wrestling and boys track coach. In his nine seasons there his football teams posted a 33 and 19 record. His track team had a 50 and 8 record.

From 1977 to 1989 Bob taught 3rd through 12th grade physical education and was head high school football and boys' track coach at Lake Holcombe High School. His football teams posted a 73 and 39 record and won six conference championships in 13 seasons. His track team won one conference title and he took three individuals to the state track meet.

From 1990 to 2000 Bob taught elementary physical education for eight years and high school for two years at Ashland public schools. As head football coach his teams won four conference titles and posted a 66 and 34 record. The 1993 team went 13 and 0 and won the division 3 state championships. The 1994 team went 10 and 1 and reached level 3 of the state playoffs. The 1995 team went 11 and 1 and lost in the state final game in Madison.

Bob enjoys writing short stories about his family history and has had four articles published in the association's Point After II.

Bob believes in being a positive and encouraging type of coach and treating each athlete as an important individual.