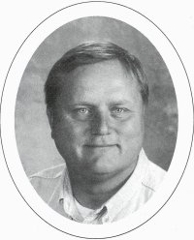 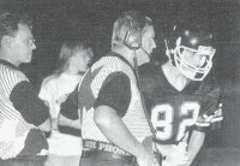 Football became important to Brad during high school at Wausau Senior High and Wausau West, where he was a Big Rivers All Conference player as a senior. As a sophomore he had the privilege to be coached by Win Brockmeyer, a charter member of the WFCA Hall of Fame. The direction he received from various coaches and teachers led him to pursue a career in teaching and coaching.

Upon graduating from Wausau West in 1972 he attended UW-Superior and Northland College, lettering at both schools in football and wrestling. In 1974, while attending Superior, he married his high school classmate, Sandy. Brad graduated from Superior in 1977 with a degree in Physical Education and Health. Following graduation he became an assistant football coach under Teddy Thompson at Ashland High School. Brad feels Teddy taught him three key factors of coaching; know fundamentals, execute well, and be well conditioned.

In 1986 Brad moved to Somerset to accept a position as Athletic Director and head football coach. During the next 13 years, the Somerset Spartans compiled a list of accomplishments including the football team's first conference championship in 32 years, followed by 2 more conference titles, 5 playoff births, 2 undefeated seasons, and 1 state semi-finalist appearance. While at Somerset, Brad also coached girls' softball and baseball.

Throughout his coaching career he compiled 132 wins and 67 losses. During the time he served as head coach he tried to instill a code of ethics in the football program and a code of conduct that had sportsmanship and fair playas core values.