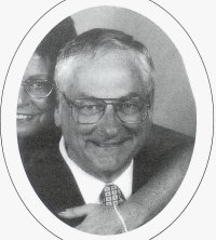 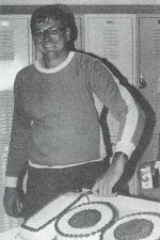 Bob Nodolf was at Cambridge from 1969-2000. Bob was born in Kansas on April 1, 1946 and soon moved to the Platteville area where he attended high school, graduating in 1964. He attended the University of Wisconsin-Platteville, majoring in English, with a minor in Physical Education. He participated in football, track, and baseball, in high school and football while in college. He graduated from University of Wisconsin-Platteville in the spring of 1969 and immediately took a job in Cambridge teaching Physical Education and Drivers Education, and as head football coach.

Bob coached track for the first two years he was at Cambridge and for 29 years has also coached Jr. High basketball. He served as the girls' athletic director for five years.

In 1971 Bob coached his football team to the first conference championship Cambridge had won since 1947. Bob's football teams have won 15 conference championships and have qualified for the playoffs 11 times. He was named District Coach of the Year in 1979, 1982, 1988, and 1989. In 1979 Cambridge won the Division V State Championship with a perfect 12-0 record and for that accomplishment he was named Coach of the Year in Division V. In 1986 the team finished as state runners-up in Division VI at 12-1. The Blue Jays have had undefeated conference champs in 1974, 79, 80, 82, 86, 88, and 96. Cambridge has amassed a record of 226 wins 72 losses and 2 ties during Bob’s tenure at the school for the past 31 years. During that time Cambridge has experienced only 3 losing seasons.

Bob was on the original board of directors of the Wisconsin Football Coaches Association, and served as a district representative for six years. He was an assistant coach for the south in the Shrine all-star game in 1979 and was the head coach for the South team in 1990. He also served on the football coaches rules advisory committee for three years.

In 1995 he received his Masters' Degree in Guidance and Counseling from the University of Wisconsin-Whitewater and has worked as a guidance counselor in the Middle School for the past six years. Bob and his wife, Shirley, are the proud parents of two daughters Tiffany 24, and Natasha 22. These ladies in his life have given him a lifetime of love and support in his coaching endeavors at Cambridge for which he will be forever grateful.

Bob would also like to thank all the young men who have played for him for the past 31 years and all the men who have coached with him during that same time. Without them Cambridge High School would never have been able to enjoy the success it has in football all these years. Bob will be forever indebted to them for their efforts.