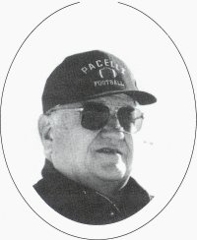 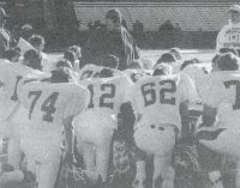 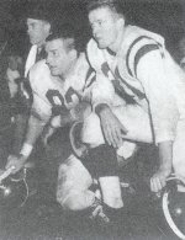 Bob Raczek was born and raised on a farm in Knowlton, WI, where he still resides. Went to Mosinee High School where he played on the football and volleyball teams. Graduated from UW-Stout in 1962 where he participated in football, wrestling and track.

In the past 39 years he taught in the Industrial Tech-Ed department and the Physical Education department. In addition, he was head of the maintenance department for the past 12 years.

Bob belongs to St. Francis Church in Knowlton and is a member of the Knights of Columbus. Bob belonged to the Wisconsin National Guard from 1956 to 1962. He is very active in the state Special Olympic Summer Games as the Athletic Director for track and field. He was inducted into the Inaugural Class of the Athletic Hall of Fame at Pacelli High School in 1999.

Bob believes that being a part of the Hall of Fame is a great honor. He has many great memories and made lifelong friendships from coaching this great game of football and to have worked with so many great coaches and players.