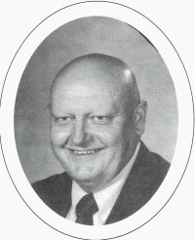 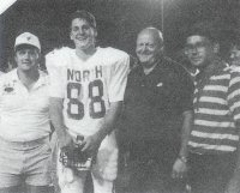 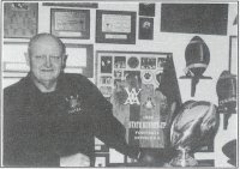 Warren was born in Fergus Falls, Minnesota, in 1942. He attended country grade school near Barrett, Minnesota, through 4th grade. In 1954 he and his parents, Lorenz and Mable Rosin, and his brother, Roger, moved to Howard Lake, Minnesota. During his pre-high school and high school years, he gained a tremendous love for athletics. While in high school, he earned 10 letters in football, basketball, and baseball. He was elected captain of the football team and won all-conference honors. His interest in athletics and young people led him to attend college and graduate with a major in Health, Physical Education, Recreation and Coaching.

From 1965-68, he taught and coached in Gilmanton, Wisconsin, where he was the entire physical education, business education, and coaching staff, as well as the athletic director. He coached cross country, basketball, and baseball.

In the fall of 1968, he moved to Black River Falls and got his first opportunity to coach football as the 9th grade coach under head coach and charter member of the Hall of Fame, Sam Young. In the fall of 1972, Warren was named head football coach, a position he has held for the past 28 years, compiling a record of 172-98. His teams have had 23 winning seasons and have won 8 conference championships. His 1992-95 teams compiled a 26-game winning streak in the conference and won 4 consecutive undefeated conference titles. His teams have made 10 playoff appearances including each of the last 8 years. His 1999 team finished second in the state in Division III.

Warren credits the players he has coached, the support he has received from the administration and community, as well as the tremendous job his many assistants have done over the years, for his teams' success.

During Warren's 32 years in the Black River Falls school district, he has been active in the WFCA, serving as a District Rep. and Northern Vice President. He has been recognized by the WFCA as District l Region coach of the year 4 times and has been the recipient of the Victors A ward for 100 and 150 wins as well as the Service A ward for 20, 25, and 30 years. He was an assistant coach of the Shrine All-Star game in 1986. This past season, he was named the Coulee Region Football Coach of the Year by the La Crosse Tribune. He has served as Regional Director for the Wisconsin Association for Middle Level Educators and has been a member of WADA for 32 years receiving their 25 and 30 year service awards. During the 23 years that he has served as Principal of the Black River Falls Middle School, he has been a member of NASSP and A WSA.

Warren believes that he has been privileged to have a job that he enjoys going to each and every day. In 35 years, he has never talked about going to "work," he goes to school. His hope is that his players have enjoyed their football experience as much as he has enjoyed coaching them and that they learned something of value, through football, that they can use the rest of their lives.

"I am truly grateful and honored to be inducted to the WFCA Hall of Fame. I thank my players, my coaches, my family, and my peers for making this the highlight of a most enjoyable career."