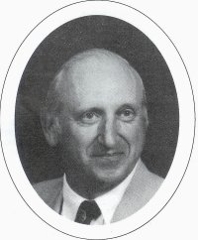 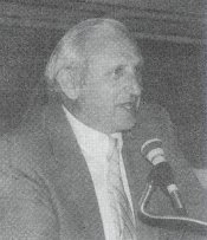 Richard Salava was born in Mazomanie, Wisconsin, on June 2, 1937, the son of Ed and Elsie Salava. Richard attended Mazomanie High School and graduated in 1955. He participated in football, basketball and baseball, earning 12 varsity letters.

His high school football coach, Wayland Behnke, influenced Richard to pursue a career in teaching and coaching. After high school graduation, Richard attended the University of Wisconsin-La Crosse and graduated in 1959 with a B.S. degree in Physical Education and Social Science. While there he participated in baseball for two years.

Richard's first and only teaching and coaching position was at Eleva-Strum High School, where he has coached for the past 40 years, 1959-1999. He coached baseball for 15 years, basketball for 19 years, and football for 37 years. Also, he assisted in football for three years and basketball for two years. He has been the Athletic Director for the past 40 years and continues in that position since his retirement in 1999.

He has been a member of WADA for 41 years and the WFCA for 23 years. He is a member of the Masonic Lodge and the Zor Shrine.

"I feel very blessed to have coached and been associated with many fine young men who have played football at Eleva-Strum. I hope that I have in some way been a positive influence on their lives. I would like to thank my assistant coaches for the positive role they have had on my coaching career. A special thanks to the Eleva-Strum fans who have been very supportive of athletics at Eleva-Strum.

"Also I would like to thank my number one fan, my wife Mary, who has supported my coaching career for the past 35 years. She was always there for me during the ups and downs of coaching.

"Some of the highlights of my coaching career were coaching the North Team in the Shrine game in 1997, having my team play in the Badger Classic in Madison in 1998, and coaching my son, David, the four years he was in high school.

"I would like to thank the WFCA for selecting me to the Wisconsin Football Coaches Hall of Fame. I consider this to be the most prestigious award a football coach can receive in Wisconsin."