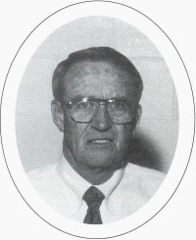 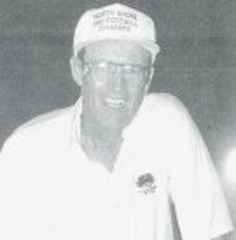 Allen was born in Eau Claire, Wisconsin, on June 18, 1939. The oldest child of Raymond and Esther, Allen has one brother, Jim, and two sisters, Sharon and Jane. The family moved to Mondovi, Wisconsin, in 1944.

Allen graduated from Mondovi high School in 1957, the valedictorian of his class. While in high school he earned twelve letters; three in football, four in basketball, four in baseball, and one in track. He played on two Mississippi Valley Conference championship basketball teams and was selected to the all-conference team his sophomore, junior, and senior years. His high school coaches, Bob Batchelder and Milo "Mike" Anderson, a member of the WFCA Hall of Fame, were a huge influence in encouraging him to pursue a teaching and coaching career.

Allen attended UW-Eau Claire and graduated in 1961 with majors in mathematics and physical science and a minor in physical education. While at Eau Claire he earned four letters in basketball playing for the late Bill Zorn. He was a team captain his junior and senior years and was named to the all conference team.

In the fall of 1961 he began his teaching and coaching career at Port Washington High School. His first year duties included teaching four classes of mathematics and one of physical science. His coaching responsibilities were JV football, JV basketball, and assistant track. In 1963 he was named the varsity basketball coach, a position he held until 1981, winning a conference championship in 1973-74. In 1981 he was also named to the administrative position of assistant principal/athletic director and continues to perform those duties. From 1966-69 he also served as the varsity golf coach.

Al continued as the JV football coach through the 1969 season posting a 43-22-4 record. In 1970 AI was named head football coach and athletic director at Port Washington High School, positions which he continues to hold. During his thirty years as varsity football coach he has achieved the following:

During Al's tenure as varsity coach he has had only two assistant coaches. The late Fran Koch served as his first assistant from 1970 through 1978. Jim took over in 1979 and continues in that capacity today. "Both of these men are directly responsible for the honor that I am receiving today. Their dedication, support, and friendship are truly appreciated. I would also like to say thank you to all of the players and parents who have been instrumental in our success as well as the community of Port Washington, the Port Washington/Saukville school district, my administrative/teaching colleagues, and the district support staff for all that they have done and continue to do to make our program successful."

"I would also like to recognize the contributions of my freshmen and JV coaches who have provided stability and continuity to our varsity program. I would like to recognize all of my coaching rivals for the inspiration you have given our program to compete at a high level. Over the past 30 years the Pirates have had the privilege of competing against teams coached by 20 WFCA Hall of Fame members. Good job, one and all, for all that you have done to provide leadership, direction, and inspiration to the young men that you coach."