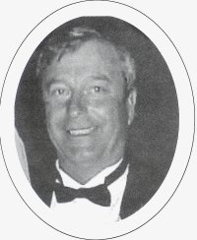 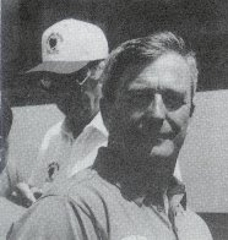 James graduated from Eau Claire Memorial High School in 1959 where he played football, basketball and baseball. He was selected to the 1958 Wigwam Wisemen All-American high school football team, the All-Northwest football team, was honorable mention All-State, and played on the 1959 state basketball team.

He attended Macalester College in St. Paul, Minnesota from 1959-60 and then transferred to UW-Eau Claire where he graduated with a B.S. degree in 1965. There he played football from 1961-1964.

1963 and 1964 Conference Championships 1962,63,64 All-Conference team
1962,63,64 Blugold MVP
1964 NAIA All-American
1964 NAIA quarterback that led the nation in passing
1964 Eau Claire Chamber of Commerce award for Outstanding Achievement and Performance
1963 and 1964 Eau Claire Athlete of the Year
1965 Free agent with the Green Bay Packers
1965 Played with the Joliet Explorers in the Professional Football League

Jim's teaching career began in 1965-66 at Elgin High School, Elgin, Illinois,. He then moved to Bloomer, Wisconsin, where he taught physical education for 31 years, from 1966-1998. He was Chairman of the Physical Education Department for 29 years. His coaching career at Bloomer High School included head varsity boys' football, 1966-1998, with a record of 188-103-2. He had seven conference championships and four undefeated seasons. In 1993 he received a 25-year service award and 150 win victor award from the WFCA.