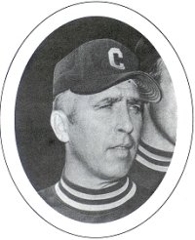 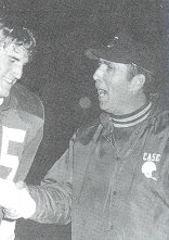 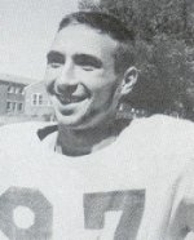 Eugene was born March 19, 1936 in Philadelphia, Pennsylvania, to Eugene and Marie D. Veit.

Graduated from Lyons H.S. in Clinton, Iowa, in 1954. As a high school senior was elected, to the National Honor Society and received the National Leadership Award. An All-Conference, All-District, and All-State quarterback, he led Lyons to an undefeated season in 1953. He was also All-Conference in basketball and track. Pitched semi-pro baseball in Iowa for Grand Mound and Iowa City.

Attended the University of Iowa on a Nile Kinnick Scholarship from 1954-58. A two-time letter winner in football for the Hawkeyes under Coach Forest Evashevski. Played on the 1956 Big Ten, 1957 Rose Bowl Championship Team.

Received a BS PE degree from Iowa in 1958 and an MA degree in Education Administration in 1962.

Began a 36-year teaching and coaching career in 1959 as a head football coach and assistant in basketball and track.

From 1961-1966 was the head football coach at Senior High School in Dubuque, Iowa.

In the fall of 1966, became the first head football coach at the new J.I. Case High School in Racine, a position he held for 29 years until his retirement in 1995.

Many fine young men and dedicated coaches were an integral part of the Case football program. Tom Brandon, Duane Huth, Bruce Hammond and Del Goebel were loyal assistants for 25 years or more.

Gene has been a member of the WFCA since its inception and a career-long member of the AFCA. Served on the WIAA Football Advisory Committee for three years and on the 1985 Shrine Bowl coaching staff.