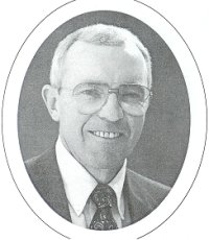 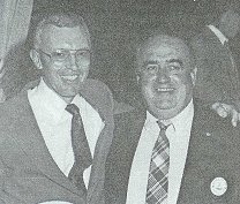 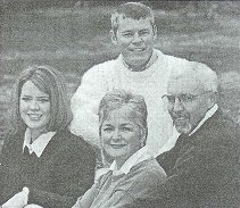 Tom graduated from Rosemount High School, Rosemount, Minnesota in 1965, where he participated in football, basketball, and track and field.

He attended the University of Wisconsin, River Falls from 1965 - 70, where he graduated with a B.S. degree in Elementary and Physical Education. Tom played football for four years at UWRF, he played middle linebacker and earned letters in '66, '67, and '68. He was the team's co-captain in '68 and was named the team's defensive player of the year both in '67 and '68.

Tom began his high school coaching career in the fall of 1970 as a Varsity Football Assistant at Mondovi High School. While at Mondovi during 1970-71-72, he also served as an assistant coach in basketball and the head track and field coach.

In the summer of 1973 Tom was hired as the head football coach and Physical Education teacher at Grantsburg High School where he led the football team to conference championships in 1973 and 1974. Both the '73 and '74 teams were undefeated at 9-0. His three-year record was 23 wins and 4 losses.

In the summer of 1976 Tom began his coaching and teaching careers at River Falls High School. He served as varsity football assistant in '76 and '77. He became the head football coach in the fall of 1978 and led the Wildcats for 12 years through the 1989 season. His overall record was 78 wins and 37 losses including five conference championships. His teams made four appearances in the State High School Football Playoffs, with the 1988 team winning a sectional championship, but were defeated in the state semi-finals.

Tom served two and one-half terms as a District Representative on the board of directors for the Wisconsin Football Coaches Association during the 1980's. He also has served on the Advisory Council of the WIAA.

Tom became the Assistant Principal at RFHS in 1989. He continues to enjoy this position because of the opportunity to work with both students and staff.

Tom has been and continues to be active in his community and church. He is a member of the River Falls Lions Club. He was selected as the club's Lion of the Year in 1996. He also is very active at St. Bridget's Catholic Church in River Falls.