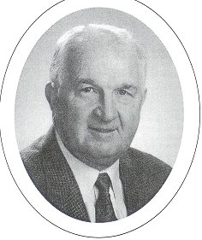 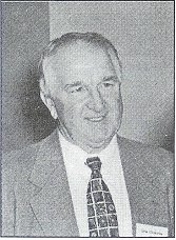 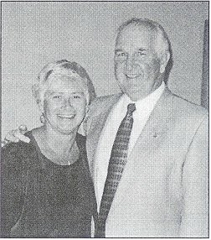 Doug has been involved in almost every position that influences high school football, serving as a teacher, coach, official, athletic director, principal and district administrator for the past thirty-eight years. He has led the Wisconsin Interscholastic Athletic Association (WIAA) as its Executive Director since January 1, 1986.

Doug credits his "school house" experiences with giving him the insights required for effective decision-making in the state's most influential position, in high school athletics.

When he became the Executive Director, he brought the freshness of current school administration know-how into the front office of the Association. If one were to call the WIAA requesting a rule interpretation or asking for the WIAA perspective on the correct way to handle a situation, Doug would give the advice with the understanding of someone who genuinely cared about and could relate to the issues. He has always been upbeat and positive. At the same time, his candor and personal integrity have earned the respect of those he leads.

Since joining the WIAA staff, Doug has played a role in national interscholastic athletic governance. From 1990 until 1993, Doug served on the National Federation of State High School Associations' governing board and served as its president during the final year of his term.

His accomplishments include expanded post-season opportunities through increased divisions, added participants and more recognized sports. The football playoff field was enlarged from 48 teams to 96 in 1987. In 1996, the present 6 division, In-school format was implemented. Most recently, his efforts have been directed at bringing the nonpublic schools into the WIAA for the first time in over 100 years. The resultant adjustments in conference affiliations and tournament competition are visible examples of the changing, high school sports scene.