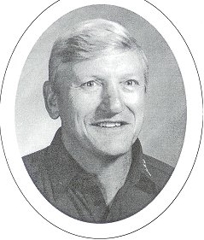 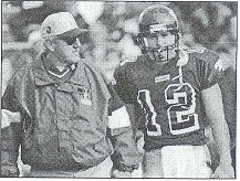 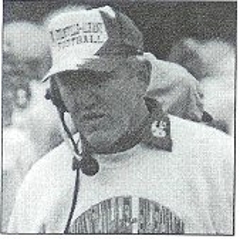 Ron began his high school athletic career in 1961 at Tomah High School. He lettered all four years in football, basketball, and baseball. He was All-Conference in the South Central in all three sports his junior and senior years. In his senior year he received All-State honors in all three sports and All-American Honors in basketball as a guard. Ron also gained special recognition in his senior year as Tomah High Athlete of the Year for his career accomplishments in football as quarterback - record for career passing yards and touchdowns (3500 yds/51 touchdown passes); in basketball as guard - record career points (1600 point club, season 500 club, and individual game 50 club); and in baseball - career batting average (400 club, and pitched three no hit games.)

Ron started his college career at Milton College and received a BA in Broad Field Social Studies with a History minor in 1970. While at Milton Ron played football, basketball, and baseball, lettering in all three sports for four years. He was coached by Hall of Fame members Ted Scalissi, in football, and Ken "Red" Oberbrimer in basketball and baseball.

At Milton Ron participated in two football and basketball conference championships and four baseball championships where they were State Champions in 1970 for the NIAA District 14.

After graduation from Milton College, Ron participated in free agent tryouts with the Chicago Bears, St. Louis Cardinals, and New England Partriots. He also had special workouts with the Baltimore Colts and the San Francisco 49ers. The next four years Ron played with the Central States Football League (CSFL) Rockford Rams. He started as quarterback and as part of the leadership of two conference championships and a super bowl national champion of the Midwest league. He received all league quarterback honors for two years in the CSFL.

Ron's teaching career began at Beloit Aldrich High School as a freshman/sophomore Social Studies instructor. He taught there from 1970 to 1973. His coaching career started with John Heineke as a varsity assistant and in 1972 Beloit was the Big Eight Conference Champion in football. Ron also coached track under Gene Weeden and worked with Bernie Barken in the basketball program. In 1973 Ron and his family moved to Evansville, Wisconsin, where he continued his teaching/coaching career at the high school. He was defensive coordinator under Bob Berezowitz from 1973 to 1981. He then became head football coach and that year won the Rock Valley Conference Championship. During the 1982 football season he was the defensive line coach under Forrest Perkins at UW-Whitewater. In 1983 Ron returned to Evansville as head coach and has remained in that capacity to the present day.