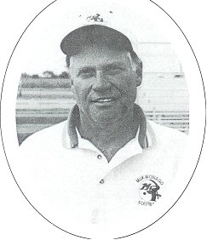 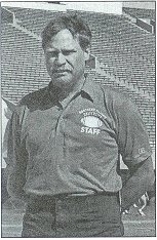 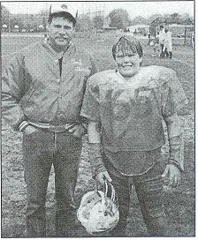 He attended the University of Dubuque in Dubuque, Iowa where he lettered in football, track, and baseball. He had the distinction of earning letters in baseball and track while participating in both sports during the same season.

In 1969, Keith graduated with a B.S. degree from Midwestern College in Denison, Iowa. That same year, he began his teaching and coaching career at Irwin-Kirkman Community High School in Irwin, Iowa. He spent seven years at Irwin as the head football coach. During that time period he also coached basketball, track, and baseball.

In 1976, Keith moved to Mukwonago, Wisconsin and began working as a physical education instructor, a varsity assistant football coach, and an assistant track coach. In 1979, he became the head football coach at Mukwonago High School. In his 22 years as head of the program Mukwonago has had 18 winning seasons, 14 "top 2" conference finishes, 5 conference championships, and 10 WIAA. State Playoff appearances. Twice Mukwonago has been undefeated in the regular season, and six times they have had only one loss. Keith has earned area coach of-the-year honors six times, and has served as an assistant coach in the North-South Shrine All-Star game in 1984. Contributing to the strength of Mukwonago's success has been Keith's implementation of an expansive 7th and 8th grade tackle football program in 1984 &1985. Keith's head coaching record at Mukwonago is 152-69. His career head coaching record after 29 years is 189-93-3.