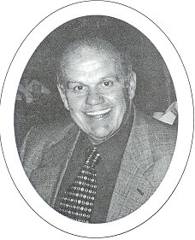 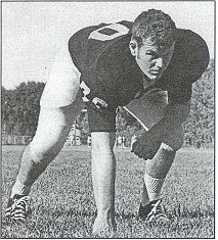 After graduating from Oshkosh High School in 1968 where he played football and wrestled, Randy attended and played football at UW-Milwaukee in 1968 and then transferred to UW-Oshkosh where he graduated with a B.S. degree in education in 1972. During his time at UW-Oshkosh he continued his football career, playing from 1969-1971 where he was an all-conference offensive tackle. In 1986 he received a master's degree in physical education and followed with a master's degree in administration in 1996.

Randy began his teaching career in 1973 at New London High School where he taught physical education and health. From 1989-1994 he also served as New London's athletic director. In 1994, he became assistant principal and is currently principal at the high school.

Randy was a WIAA wrestling official, is currently a member of the ATCA, AWSA (Association of Wisconsin School Administrators) and NASSP (National Association of Secondary School Principals). He is a member of New London Rotary and Trinity Lutheran Church. Randy also served multiple terms as a District Representative and Northern Vice President for the WFCA -- experiences he would never trade.

Other honors include: WFCA District Coach of the Year and Conference Championship Award in 1982 and 1984, Jaycees Outstanding Young Educator (1982), UW-Oshkosh Alumni Coaching Award (1985), Shrine Bowl assistant coach for the north team in 1985 and the WFCA 20 year service award in 1992.