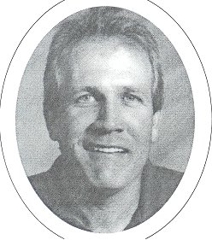 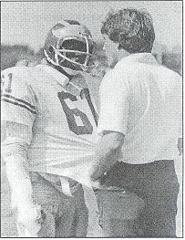 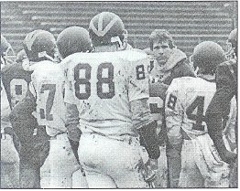 Bill graduated from Pulaski High School in 1963, with a B.S. in Physical Education, UW-La Crosse, 1968 M.S. in Health Education, University of Oregon, 1970. Bill played football for three seasons, "very fortunately," for Quinn, under head coach John McGee. He credits his high school coach with much of his own coaching style and today, Coach McGee continues to be an inspiration to Bill and the two enjoy a close friendship. Quinn went on to play for two seasons at UW-Milwaukee and finished his playing career at UW-La Crosse for two seasons.

After completing a fellowship at the University of Oregon in 1970, Quinn began a 22-year teaching career in Milwaukee Public Schools, and his first coaching assignment under WFCA Hall of Fame coach Dick Krueger at Madison High School where he served as defensive coordinator for seven years. During that time, the Knights won five division titles and three city titles and played in the first WIAA football playoffs in 1976.

In 1979, Quinn became the head football coach at the new Vincent High School. Vincent fielded its first varsity team in 1981. The next year, the Vikings won their division championship and narrowly missed a shot at the playoffs. After the season of 1982, Quinn stepped down as head football coach, although he remained on the staff as freshman coach for three more seasons. While at Vincent, Bill also served in many other capacities including Senior Advisor and Graduation Advisor for 14 years.

Bill's long coaching association with Jeff Trickey began at Waukesha South High School in 1986. Serving as defensive coordinator from 1988 until 1991, the Blackshirts enjoyed three undefeated Braveland Conference championship seasons in 1988, 1989 and 1990, including consecutive trips to the WIAA semi-finals, finals and quarterfinals.

Retired from teaching in 1992 with a disability, Bill has remained committed to coaching at a volunteer level. He is presently an assistant at Waukesha West High School where he has served as freshman and sophomore coach, varsity assistant and varsity defensive coordinator.

Over 30 years, Bill has served as a varsity defensive coordinator and as an assistant at all levels. As a defensive coordinator, those teams compiled a 104-31 record. "I've worked with a lot of great coaches, especially Jeff Trickey, who has been a great part of my football life and a treasured friend. I want to thank everyone who has supported me, especially my wife, Cora; my family and many good friends, and the WFCA for this coaching honor."