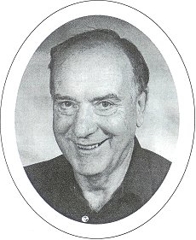 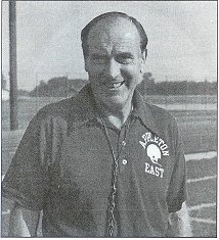 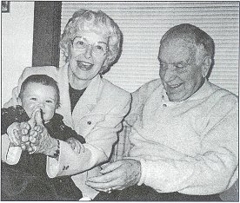 Chuck Ross graduated from Plain well High School in 1943 where his leadership abilities were already recognized as he was captain of the football and baseball teams as well as president of the student council.  He participated in the Golden Gloves Boxing Tournaments.

College was postponed while he served in the navy during World War II.  In the Navy he continued his boxing career, turning professional.  His boxing later provided income as he earned his Bachelor and Masters degrees from Western Michigan University in 1950 and 1955.  He has also done graduate work at Northern Illinois, the University of Pittsburgh and Michigan State.

His 45-year coaching career took him to the states of Michigan, Illinois and Montana before arriving in Wisconsin where he coached at Appleton East from 1976 -1991.

Chuck has won honors nationally as Regional and National Junior College Coach of the year in three different seasons, given presentations at the American Football Coaches Association and has been published in their journal.

Through the years he has used his counseling training to encourage all the students to do their best and to continue their education.