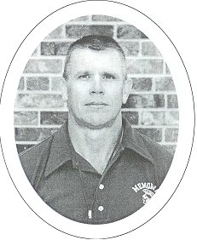 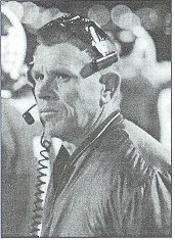 Wally graduated from Homestead High School in 1965 where he participated in football, basketball, wrestling and track.  Honors include:  All-Conference Football in 1962, '63 and '64 All-State in 1963 and '64.  Conference Wrestling Champion 1965.  Participated on State Championship Track teams; in 1963 and '64.  Member of the National Honor Society.

Wally attended the University of Wisconsin-Madison from 1965- 70 and graduated with Honors earning his Master of Science Degree in 1974.  He played football for the University from 1965-1968.  College Honors include:  Academic All-Big Ten Team 1967 and '68, Captain of the 1968 team.  Madison Mustangs Rookie of the year 1970.

Wally's teaching career began in 1969 at Madison Memorial where he has remained for the past 32 years.  He is a Physical Education Instructor and was Chairman of the PE Department from 1976-'85.  He has developed many innovative programs during his career.  They include courses for Special Needs Students, At-Risk students, Intermediate Weight Training, Advanced Weight Training and Exercise Physiology.  He received the Unsung Hero Award from the Memorial Faculty in 1985 and the Staff Curriculum Development Award in 1995.  The MMSD awarded him “The Distinguished Service Award” in 1986.

Wally is a member of the NSCA, WEA, NEA and WFCA.