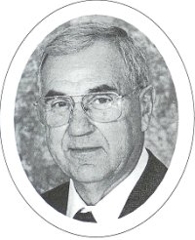 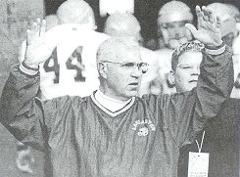 Doug graduated from Lancaster High School in 1957, where he earned three varsity letters in basketball and in football, was all-conference linebacker, earned one letter in track and in baseball. He received his B.S. in 1961 and M.S. in 1968 from UW-Platteville.

In 1964, he and his family moved to the Iowa-Grant community. Doug was an assistant football coach at Iowa-Grant for thirty years, working with fellow coach and longtime family friend, Garry Crull. During those years, Iowa-Grant won seven conference titles and was involved in the play-offs five times (finishing as state runner-up twice and state champions once). He was an assistant coach in basketball, wrestling and track while at Iowa-Grant. From 1975 through 1988, Doug was Athletic Director for Iowa-Grant Schools.

Doug was an assistant coach of the 1992 Shrine All-Star south football team.

Coach Bark joined the Lancaster football staff in 1995, where he has served as linebacker coach for the past seven years. During these years, Lancaster won four conference titles, and went to the playoffs seven times (finishing as state runner-up once and state champions twice).

"I have lived every coach's dream during my forty years of coaching football. It began by coaching my son, Duane, in high school football, and then having him on the same Iowa-Grant football coaching staff. Probably the most difficult part of my career was coaching against my son's teams. I also had the opportunity to coach a grandson while coaching against another grandson for four years. I also coached my daughter's Powder Puff football team at Iowa Grant."