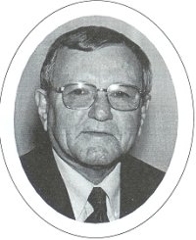 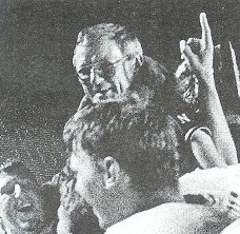 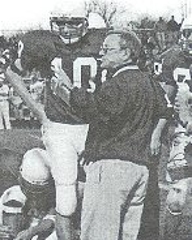 The oldest of ten children, Alex was born in Marshfield, Wisconsin to Alex & Lucille Hilber on July 18, 1947. He attended grade and high school in Colby, WI, graduating in 1965. Alex lettered in football, basketball, and golf. In football, Alex played linebacker and was Hall of Fame Coach Duane Teska's first quarterback.

After graduation, Alex attended the University of Wisconsin- Marshfield where he lettered in basketball and tennis. After attending UW -Eau Claire for a semester he returned to Marshfield for a semester and coached the college tennis team. He then transferred to UW-Stevens Point where he graduated with a B.S. degree in December of 1971. While still in college, Alex assisted the basketball team at Marshfield Senior High and the football team at Columbus High School in Marshfield.

While student teaching at Senior High, Alex accepted the freshman basketball coaching position at Columbus. His team won the freshman conference championship with a 20-0 record.

In 1972, Alex accepted a position at Columbus as a mathematics teacher and assistant football, basketball and track coach, where he assisted under the legendary WFCA Hall of Fame coach, Walt Kroll. He stayed at Columbus another five years, and it was here that Alex feels he really learned what it takes to be a successful coach from a master - Coach Kroll. While at Columbus, Alex coached state runner-ups in football and track and a state tournament team in basketball.

In 1977, Alex accepted a position as mathematics teacher, head football coach and assistant track coach at Cassville High School. After finishing 4th, 2nd, and 3rd during his first three years, his teams then won four consecutive Black Hawk conference championships. In 1980 Cassville finished with an 11-1 record and was State Runner-Up, and in 1982 Cassville won the WIAA State Championship, finishing with a 13-0 record. His 1983 team also made the playoffs but lost in the semi-finals. While at Cassville, Alex's teams won 63 games while losing only 15. He was selected conference "Coach of the Year" three times, District "Coach of the Year" two times, and also assisted in the 1983 Shrine All-Star game.

Alex and his family moved to Mayville in 1985, where he has coached and taught for the past 17 years. While at Mayville his teams have won 12 conference championships, had 9 undefeated regular seasons, and have been to the WIAA playoffs 15 times. Six times they have made it to the semi-finals, and in 1991 and 1992 Mayville was State Runner-Up. In 1994 Mayville completed a perfect 13-0 season with a 47-0 victory in the state finals and won the WIAA Division 4 State Championship. While at Mayville Alex's teams have won 161 games and losing 30.

After the 2001 season, Alex retired from coaching with an overall record of 224-45 (.833 pct.). Alex feels the highlights of his career are having had a chance to coach both his sons, seeing a number of his players and teams overachieve and of course winning two State Championships.