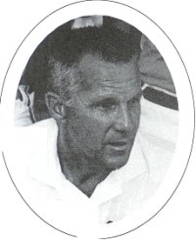 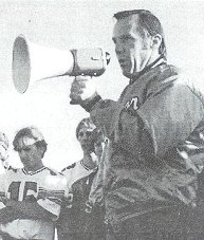 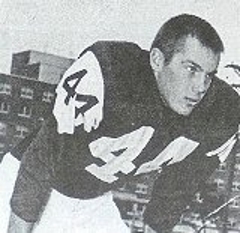 Larry graduated from Osseo, Minnesota High School in 1962. He earned eleven letters and all conference in football (3), basketball (3) and baseball (5). No other athlete has earned more letters at Osseo than Larry.

He attended Augsburg College in Minneapolis, Minnesota, where he lettered four years in football and two in baseball. His playing career ended by participating in Concordia, Minnesota's small college all-star football game and a tryout with the Houston Oilers.

In 1966, Larry graduated with a B.A. degree in physical education and health. In the fall of 1967, he began his teaching career at Central Junior High School in Eau Claire, Wisconsin. He spent three years at Central as a physical education teacher and coordinator of their extensive all student intramural program.

In 1970, Larry and his family moved to Superior, Wisconsin, and began working as a physical education teacher, head wrestling and assistant football coach. In 1971 he became Superior's head football coach.

Playing an independent schedule for all but two years, Larry quickly turned a struggling program into one that gained respect throughout the State of Wisconsin. As an independent, the Spartans took pride in playing a demanding schedule, which included top teams in Minnesota, North Dakota and Wisconsin. In his last two years of his coaching career, '86 and '87, the Spartans finally were able to join the Head of The Lakes Football Conference. They successfully captured the championship both years. During his eighteen years the Spartans accumulated a record of 112 wins and 52 losses.

Three times his teams came within a game of playing for the state title. Eight of his players, including a son, had the opportunity to play in the Shrine All Star Classic. He's had a number of players continue their football careers at all collegiate levels of football including the National Football League. Larry also takes pride in following the coaching careers of former players, one of which is a respected special teams coach in the National Football League.

Some of Larry's personal accomplishments include proudly representing northern Wisconsin in the founding of the Wisconsin Football Coaches Association. In 1976 he had the honor of being the organization's District One Coach of the Year. In 1984 he was Superior's School District Teacher of the Year. During 1986, he was honored by the Mayor of Superior as citizen of the month for his work in the community and church. In addition to his coaching, Larry was a certified W.I.A.A. basketball official for 18 years. During that time he refereed seven state basketball tournament games, which included a division one state final. He's also served as an assistant coach in baseball and track and one year as the University of Wisconsin-Superior defensive coordinator. Larry retired in the year 2000 as the Assistant Principal for Superior Senior High.