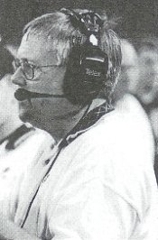 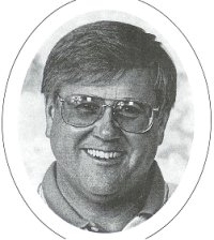 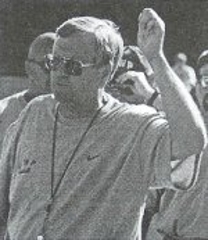 Jim graduated from Madison Central University High School in 1965. He was a 3-year letterman in both football and basketball. He feels very fortunate to have played for WFCA Hall of Fame coaches Harold "Gus" Pollock, Wayne Kelliher and John Olson while at Central. These coaches, especially John Olson, provided the motivation and inspiration to become a coach and teacher of young people

Jim attended Iowa State University on a football scholarship, but did not return after a knee injury his freshmen season. He began coaching football at Madison Memorial and Holy Name Seminary while a student at UW-Madison.

In 1973, Jim graduated from UW-Madison with a B.S. in physical education and was appointed physical education teacher and head football coach at Pecatonica Area Schools in Blanchardville. He taught and coached at Pecatonica for 10 years. His football teams had a record of 70-21 and won 5 conference titles. His '73 and '79 teams were undefeated in the regular season, and the '79 team made the semi-finals of the WIAA playoffs. He was the 1979 WFCA District Coach of the Year and in 1982 was an assistant for the South Shrine All-Star team. Jim was also head boys and girls basketball coach and athletic director at Pecatonica.

In 1983, Jim entered UW-Platteville to pursue his master’s degree in education. He coached running backs for head coach and Hall of Fame member George Chryst and served as tennis coach. Jim was defensive coordinator and head track and field coach from 1985-1992. His defensive units registered 5 shutouts and held opponents under 10 points 17 times in 8 years. In track he coached 12 NCAA Division III All Americans and had 2 national champions,

Jim was named Pioneer head football coach following the untimely death of George Chryst in December of 1992 and served as head coach for 6 years. After 16 years of coaching at UW-Platteville, Jim was named defensive coordinator at Gustavus Adolphus College for the '99 season. In 2000, he was hired as athletic director at Madison La Follette High School.