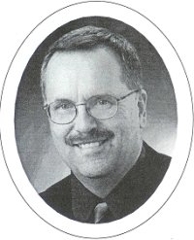 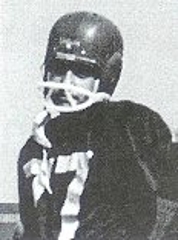 Gary was raised in Kenosha, Wisconsin, where he graduated from Tremper High School in 1967. While at Tremper, he was a member of the football and golf teams. He attended UW-Whitewater and received his BS in social studies education in 1971. He was a member of Phi Alpha Theta History Honor Society and earned his Master’s Degree in 1978.

It was while attending Whitewater that he met his wife of 28 years, Kathy. They have three children: Aaron (Lesley), Brianne, and Paige, and an AFS daughter, Mieke, in The Netherlands.

Gary's first teaching and coaching assignment was in Fennimore, Wisconsin. He coached freshman football under Hall of Fame coach Larry Thurston. He also coached track there.

In 1974, Gary began his duties as an assistant football coach at Brodhead High School. A year later, he became head boys' track coach, and was named athletic director in 1980. In 1981 he was named head football coach, and a few years later, Brodhead and Juda combined to form a co-op program in football. He teaches history and economics, and through his involvement with Long Distance Learning, has reached students in all parts of Wisconsin.

Gary has a current record of 224-60 as head track coach over a 27-year period. During that time he has had 10-conference, eight WIAA regional, two sectional, and two Division 11 State Championships (1994 and 1995). His son, Aaron, was a medallist at the 1995 state meet in the shot. Gary was named District V Coach of the Year twice, and has produced seven state champions in track.

Gary's football record is currently 143-66 in his 20 years as head coach. He has won seven Rock Valley Conference Championships, has had five undefeated regular seasons, and his teams qualified for the WIAA playoffs every year since 1992. His conference record over the past 10 seasons is 67-3. He has two Division IV regional and one sectional championship, and has been named Coach of the Year seven times. He was named WFCA District XVII Coach of the Year in 1993, 1994, and 2000.

Gary was a member of the coaching staff of the South All-Stars for the Shrine Game in 1995. He has been the Rock Valley Conference District XVII representative since 1995.